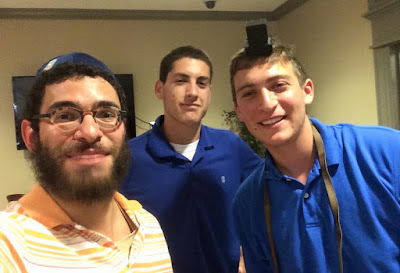 This fall, Chabad on Campus is opening centers at 19 universities, including the University of Alabama and Louisiana State University. Meanwhile, the Chabad staff at Tulane is expanding, with family ties to the new Alabama center.

The over 230 Chabad on Campus centers are partially funded by a seed grant through the Rohr Expansion Initiative of philanthropists George and Pamela Rohr, and are financially independent.

Chabad at the Capstone 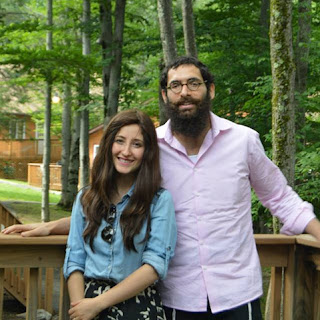 A Brooklyn rabbi and his wife have moved to Tuscaloosa to “Roll Tide with Jewish pride.”

Seven months after their wedding, Rosie and Rabbi Kussi Lipskier are heading the new Chabad House at the University of Alabama. For their first event, they had a Shabbat dinner with 26 students in attendance on Aug. 21.

Though Lipskier is 26, he isn’t a newcomer to campus outreach. He is the ninth of 11 children in his family, and for years two older brothers have been with Chabad at Emory and Central Florida, and a week before they moved to Tuscaloosa, brother Leibel started at Tulane Hillel.

Lipskier said they were attracted to Alabama because it is a growing school with a growing Jewish student enrollment, one that has doubled in the past decade to around 700.

“Our goal is to create a thriving Jewish student community with students from all backgrounds, and create more Jewish awareness and pride on campus and a comfortable place where students can socialize and explore their Judaism on their level in a informal and comfortable home-away-from-home environment,” he said.

They plan weekly services, a weekly barbecue and holiday observances. The center is currently being run out of their home at 50 Sherwood Drive.

After finishing his rabbinic studies, Lipskier traveled the world, leading Birthright trips to Israel and providing education and aid to Jews in Brazil, Morocco, Ukraine, Australia, Guatemala and Thailand.

In the short time they have been in Tuscaloosa, “the feedback that we’ve received was incredible, with the students being very excited in joining and being a part of Chabad at Alabama,” Lipskier said. 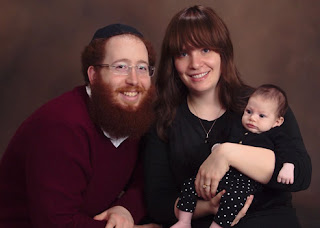 After a summer of directing the rejuvenated Gan Israel Day Camp in New Orleans, Chaya Mushka and Rabbi Peretz Kazen have arrived in Baton Rouge with their infant daughter to establish a Chabad Center there.

“For the time being, our house will double as our Chabad center,” said Kazen, who grew up in Brooklyn, “so moving into our home is essentially opening up our Chabad House as well.”

In addition to opening a Chabad Center, they will also head the local Chabad on Campus, catering to the roughly 350 Jewish students at Louisiana State University.

The Baton Rouge Chabad will be a branch of Chabad of Louisiana, from New Orleans. The Mississippi Coast Chabad that opened last year is also connected with New Orleans.

Before moving to Baton Rouge in August, they visited several times, getting to know members of the community and distributing holiday supplies for Purim and Passover. Baton Rouge has the second-largest Jewish community in the state, estimated at about 1200, with two Reform congregations.

Kazen has served Jewish communities in Japan, Virgin Islands, Ukraine, Greece and Arizona. His father, the late Rabbi Yosef Yitzhak Kazen, was regarded as the “Father of the Jewish Internet,” helping develop the Chabad presence online and serving as a “virtual rabbi” worldwide.

Mushka Kazen is the daughter of Rabbi Zelig and Bluma Rivkin, founders of Chabad’s presence in Louisiana. They had been sent to New Orleans in 1975 to establish a presence near Tulane.

“People have been very welcoming,” Kazen said. “There is an upbeat positivity in the air about this great community and what the future will bring.” 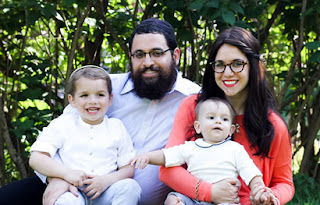 After 16 years of directing the Rohr Chabad Jewish Student Center at Tulane University in New Orleans, Sarah and Rabbi Yochanan Rivkin are expanding. Mushka and Rabbi Leibel Lipskier have moved to New Orleans with their two young children to become the directors of undergraduate student programming at Tulane Chabad.

The Rivkins will focus on the graduate student population, especially providing programming and services for medical and law students who have more diverse schedules. “They don’t really feel like there’s much of a platform for them to meet other young Jews,” said Rivkin. “So that’s something we hope to be able to provide.”

Rivkin said “undergraduate programming is going to grow” because the Lipskiers “will be focused full-time on this significant population.”

There are an estimated 2,000 Jewish undergraduates at Tulane, and about 500 graduate students.

Rabbi Lipskier is one of four siblings running Chabad on Campus efforts. One brother, Rabbi Kussi Lipskier, runs the new Chabad at the University of Alabama.

Mushka Lipskier, who grew up in an emissary family in Montreal, is eager to “really get to know” Tulane’s many Jewish students. She says she values the opportunity to have an impact on them and to learn from them as well.

“College is a pivotal time in their lives,” she says. “There are so many choices, and many are on their own,” away from their families for the first time. “These are important years to tap into their Judaism.”

The couple organized “Welcome Week,” a back-to-school barbecue and a resource fair as the students returned to campus.

In addition to regular Shabbat dinners, services, social and educational programs, and one-on-one meetings with students, Mushka Lipskier will also hold challah-making classes and a monthly women’s group. “I want them to learn about powerful Jewish women in history,” she said.

Rising senior Sophia Waldstein, 21, met the new Chabad couple at a “meet-and-greet” lunch earlier this year. “I felt like I really connected” with Mushka Lipskier, adding that she looks forward to getting to know the whole family.

Garrett Langfeld, a junior, said “What I’m excited about is that they’ll be able to focus exclusively on undergraduates. They’ll also be a little bit closer in age.”

Langfeld also likes that they seem interested in educational, yet entertaining, ways on engaging students in Jewish life. “I hope they continue ‘Pizza & Parsha’ and many of the other fun programs that might attract students who don’t normally come to Chabad.”

He added that the Rivkins “have been absolutely terrific here; they’re both really warm, welcoming people. They make you feel at home when you’re at Chabad. I’m sure the new couple will follow in their footsteps.”

(Reported with material from chabad.org)