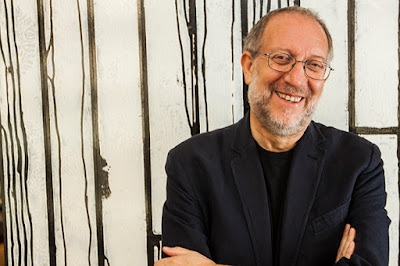 UPDATE: The Mitch Albom event on Nov. 22 has been cancelled due to a schedule conflict.

The Cathy and Morris Bart Jewish Cultural Arts Month will bring a variety of authors and cultural performances to the Uptown Jewish Community Center in New Orleans this month.

Three authors will visit as part of Jewish Book Month, and the annual Coats for Kids concert moves to the JCC this year. The celebration of Jewish authors, cinema and music will conclude on Dec. 13 with the community Chanukah celebration, featuring Listen Up!

The first event welcomes American-born Israeli author and journalist Yossi Klein Halevi, author of the book “Like Dreamers: The Story of the Israeli Paratroopers Who Reunited Jerusalem and Divided a Nation

.” In the book, which won the Jewish Book Council’s award for best Jewish book of 2013, Halevi interweaves the stories of a group of 1967 paratroopers who reunited Jerusalem, tracing the history of Israel and the divergent ideologies shaping it from the Six-Day War to the present.

A Fellow at the Shalom Hartman Institute in Jerusalem, Halevi’s first book was “Memoirs of a Jewish Extremist: The Story of a Transformation

” about his attraction to and break with Rabbi Meir Kahane. His next book, “At the Entrance to the Garden of Eden: A Jew’s Search for Hope with Christians and Muslims in the Holy Land

” spoke of his spiritual journey as a religious Jew into the worlds of Christianity and Islam in Israel.

He is chairman of Open House, an Arab-Jewish educational project in Ramle, and co-directs the Hartman Institute’s Muslim Leadership Initiative with an imam from Duke University.

Coats for Kids was organized by cellist Ko, chair of the Classical Instrumental department at the New Orleans Center for Creative Arts and founder of the Faubourg Quartet. The organization’s mission is to provide new winter coats to children in need.

While the event is free and open to the community, attendees are asked to bring a new or gently used winter coat to donate. Children’s and adult sizes are both appreciated. Cash donations are also encouraged.

On Nov. 22, best-selling author Mitch Albom will be at the JCC to discuss his new book, “The Magic Strings of Frankie Presto: A Novel

The book, which will be released on Nov. 10, talks about a factional icon, the greatest guitar player to ever walk the earth, and six lives he changed with the magical strings of his childhood guitar.

Widely known for works such as “Tuesdays with Morrie: An Old Man, a Young Man, and Life’s Greatest Lesson

” and “The Five People You Meet in Heaven

,” Albom has landed on the New York Times best-seller list multiple times and sold than 35 million copies of his books worldwide.

Albom began his writing career as a freelancer and has since become a nationally-acclaimed sports journalist. In 2010, Albom was the recipient of the Red Smith Award for lifetime achievement by the Associated Press Sports Editors.

Tickets to the 7 p.m. event are $27 and may be purchased at octaviabooks.com and at the door the night of the event. Each ticket admits two and will be exchanged for a copy of his book.

,” about growing up in and then leaving the Skverer Hasidic world in New Castle, N.Y., losing his wife and children. He is also the founder and editor of Unpious, an online platform for voices and views generally suppressed within Hasidic and ultra-Orthodox publications, and on the board of Footsteps, which helps those who leave the Hasidic community through what is often a traumatic adjustment to the outside world.

For years he blogged as “Hasidic Rebel.” His talk is free and open to the community.

On Dec. 2 at 7 p.m., Culture Month turns to the cinema with a free screening of the award-winning film “Felix and Meira,” the story of an unconventional romance between two people living vastly different lives. Felix, a man mourning the death of his father, and Meira, a young Hasidic housewife and mother, begin an innocent friendship that ultimately turns into an unconventional romance. Directed by Maxime Giroux, the film is in French and Yiddish with English subtitles. It was awarded “Best Canadian Feature Film” at the 2014 Toronto International Film Festival.

The series ends on Dec. 13 with a 4 p.m. free community Chanukah celebration featuring a candle-lighting for the final night of Chanukah, dinner and a concert by the Chicago-based a cappella sensation, Listen Up!