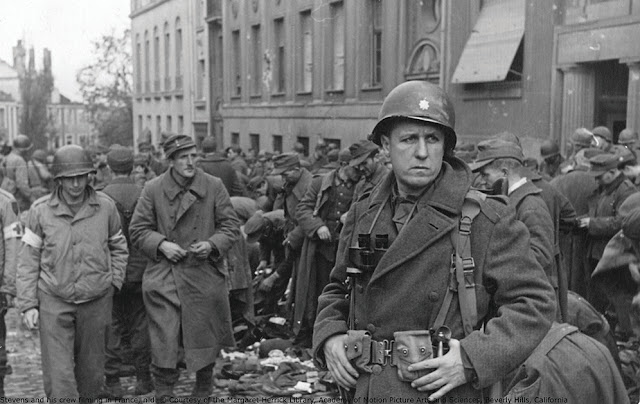 It was 70 years ago when the world got its first look of film shot by the Allies in the Nazi concentration and extermination camps. Filmmakers John Ford (director of “The Grapes of Wrath”), George Stevens (famous for his Fred Astaire-Ginger Rogers movies and later “The Diary of Anne Frank”), Samuel Filler (the son of two Jewish immigrants; he went on to direct more than 25 films including “The Big Red One”) captured now-familiar footage of the war. But most know little about their confrontation with Nazi atrocities and how it affected them for the rest of their lives.

Their film documentation of World War II and concentration camp liberation was utilized as evidence during the Nuremberg trials — the first time movies were used in such a fashion. They served as inspiration for Hollywood cinema as well. Artifacts include rare film footage, interviews, manuscripts, photographs, director’s notes, and additional video of WWII.

The Atlanta History Center is one of only two U.S. venues hosting “Filming the Camps,” designed, created and distributed by the Mémorial de la Shoah in Paris. It will be on display through Nov. 20.