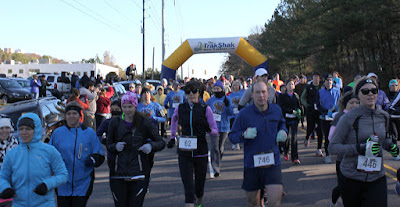 Each year, over 1,000 runners hit Montclair Road in Birmingham on Thanksgiving morning to take part in the Sam Lapidus Montclair Run. This year, the run is expanding so runners of all levels can participate.

The event was renamed in 2008 in memory of Sam Lapidus, who loved fitness and working out at the LJCC. He was diagnosed with Ewing’s sarcoma at age 9 in 2003, but refused to let it alter his plans. He died in November 2008, just shy of his 15th birthday, and Bruce Sokol urged the LJCC to name the event in his memory.

There will be RFID chip timing and awards to the top three overall finishers and by age group in male and female categories. All entrants will receive a T-shirt, and the course is certified by USATF.