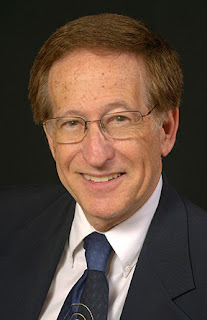 This will kick off a new partnership among the groups, Breaking Bread, which will hold additional collaborative events in the future.

Michael Cook of Hebrew Union College and His Excellency Gregory Michael Aymond, archbishop of New Orleans, will discuss the landmark document on Nov. 23 at 6:30 p.m. in Nunemaker Hall at Loyola University.

The program, which is free and open to the community, will celebrate the relationship cultivated between the Jewish and Catholic faiths during the past half century, and look toward the growth of collaborative efforts. Scott Walker will emcee the evening, and there will be a kosher dessert reception.

Cook is the Sol and Arlene Bronstein Professor of Judaeo-Christian Studies, and Professor of Intertestamental and Early Christian Literatures at HUC in Cincinnati. Regarded as the only rabbi in North America to hold a full professorial Chair in New Testament, he has keynoted hundreds of Institutes for Christian Clergy across the country, and was one of seven scholars selected by the National Conference of Catholic Bishops to assess the accuracy of the advance script of Mel Gibson’s “Passion of the Christ.”

Aymond is the first native New Orleanian to serve as archbishop in the over 200-year history of the Archdiocese of New Orleans. He became auxiliary bishop in 2007, then coadjutor Bishop of Austin in 2000. In 2009 he was elevated to Archbishop of New Orleans. He has served as chairman of the U.S. Bishops’ Committee on the Protection of Children and Young People and the Committee on Divine Worship, and currently chairs the board of the National Catholic Bioethics Center.

Nostra Aetate, which is Latin for “In Our Time,” was passed by the assembled Catholic bishops on Oct. 28, 1965 by a vote of 2,221 to 88, under the direction of Pope Paul VI, toward the end of the Second Vatican Council.

The declaration, which was made in five parts, starts by affirming the unity of the origin of all people, then clarifies the church’s relations with other world religions. The fourth section deals with the Jewish people, and speaks of the bond that “New Covenant” people, namely Christians, have with the descendants of Abraham.

It repudiated the centuries-old charge that all Jews were responsible for deicide in the death of Jesus, as well as the notion that Jews are “rejected or accursed by God.”

The document continues, “In her rejection of every persecution against any man, the Church, mindful of the patrimony she shares with the Jews and moved not by political reasons but by the Gospel’s spiritual love, decries hatred, persecutions, displays of anti-Semitism, directed against Jews at any time and by anyone.”

This was seen as a major break with church-sponsored theological anti-Jewish teachings throughout the centuries, which had led to numerous mass murders, forcible conversions and expulsions of Jews.

In commenting on the 50th anniversary, Pope Francis stated “Since Nostra Aetate, indifference and opposition have turned into cooperation and goodwill. Enemies and strangers became friends and brothers.”

After the declaration, over two dozen centers for Christian-Jewish understanding were set up at Catholic institutions in the United Sates. It also had an effect on local levels, such as the Mobile Christian-Jewish Dialogue, which started when Bishop John May asked Mary and Paul Filben to approach the Jewish community for a series of joint programs.