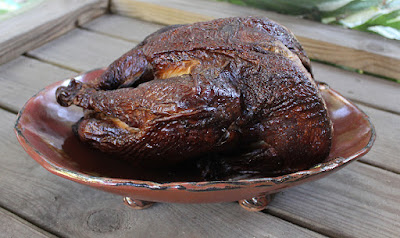 When S.I. Greenberg was serving as the kosher butcher in Tyler, Tex., in the 1930s, little could he have imagined that what he was doing would set the groundwork for enhancing tens of thousands of Christmas celebrations across the region.

It’s the busy season for Greenberg Smoked Turkeys, which will sell over 200,000 turkeys in the next two months, at its smokehouse in east Texas and through an extensive mail-order operation.

In 2006, Texas Monthly said the turkeys are such an ingrained tradition for many families, they’d sooner give up their Christmas trees than their Greenberg turkeys.

In the last few years, Greenberg has been featured in the New York Times, Wall Street Journal, and was listed as an “Oprah’s Favorites Under $100” in Oprah magazine as “the best turkey I’ve ever tasted.” Forbes magazine described it as “like a ham with ambitions toward flight.”

It all started from a tin smoking shed that S.I. Greenberg built on their dairy farm, as was common in the area. He had arrived in Galveston from Eastern Europe in 1903, becoming the leader of Ahavath Achim in Tyler. Aside from being a shochet, he was also a mohel and had a blacksmith shop downtown. While neighbors smoked hams, he smoked turkeys.

Friends started asking him to smoke birds for them. After a few years, there was a request in 1942 for six birds from friends in Dallas. Son Zelick Greenberg figured out how to pack them for shipping and sent them by rail, leading to more mail orders.

Because of war shortages they had to improvise by repurposing boxes from the local grocery store.

The operation grew, with Zelick adding more smokehouses as time went on, but there was a major setback in 1951 on Christmas Eve, after the last orders for the season had been filled. Ashes that turned out to still be smoldering had been put on a trash pile and caught fire, burning everything down, said Sam Greenberg, Zelick’s son and the third Greenberg generation in the business.

Zelick “built back what is the heart of the plant that we have today,” he said.

The processes are the same, Sam Greenberg said, “we just do it a little more and a little faster.” He runs the plant with “right-hand man” Tracy Lisner.

The turkeys are spice rubbed and smoked from three hickory-wood fires in one of 20 pit houses, with no gas or electrical heat, just wood. “They’re not baked, they‘re not ‘kind of’ smoked,” he said. The rub comes from a recipe by Jenny Greenberg, S.I. Greenberg’s mother, Sam’s great-grandmother.

The smoking gives it a dark brown color, which might initially surprise someone used to golden brown turkeys. Also, because of the smoking process they recommend not eating the skin, just the flavorful meat inside.

Fans say that stock made from the turkeys is perfect for gumbo and jambalaya, and the first recipe listed on the Greenberg website is for a smoked turkey and Andouille sausage gumbo.

The turkeys average 8 to 10 pounds, a 10-pounder sells for $57.70, though larger ones are available. UPS Ground shipping adds about $12 or so to the bill.

The turkeys are shipped in the signature Greenberg white box that, like so much about the company, has not changed in decades. The turkey arrives ready to eat — but if you don’t tear into it right away it should be refrigerated. They recommend eating it within 6 to 8 days, and serving it chilled or at room temperature, not reheated.

Though Greenberg keeps things the way they have always been because he doesn’t want to mess with so many families’ cherished holiday traditions, there have been a few changes over the years, including online ordering. In 2009, the website started accepting credit cards, instead of just sending an invoice with the shipments.

Another change came with the end of supplying kosher turkeys. “We always had a small quantity of kosher birds, keeping true to our heritage,” he said. But in the 1990s, the inability to get a reliable supply of quality kosher turkeys led him to discontinue them.

“That was not a decision that came easily to me,” he said. But it was “not worth risking our reputation” on sub-par birds, and he noted that there was one load of kosher turkeys that the USDA would not even allow into his plant.

Still, “the roots of this business are deeply embedded in the Jewish community of Tyler.”

He also said “The people of Tyler are the people who put my grandfather and my father in business. Regardless of religion, background, race — people around here enjoyed what my father and grandfather did.

“Tyler and east Texas have made us what we are and we can’t thank them enough.”