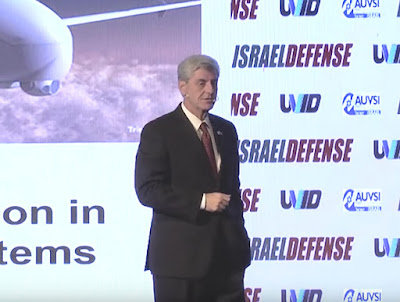 Just four days after coasting to a second term in office, Mississippi Governor Phil Bryant led the “largest delegation that we’ve ever taken” to any country on a trade mission to Israel.

“Israel is one of the fastest growing and most technologically advanced countries in the world, and Mississippi businesses can benefit from making connections with their enterprises,” Bryant said. “This business development mission to Israel is a cost-effective opportunity for Mississippi businesses interested in developing or expanding trade into Israel to make connections with prospective buyers and generate new investment through international trade.”

Last November, Bryant spoke at the International Conference on Homeland Security, then that trade mission was followed up with a Mississippi Meets Israel trade summit in Jackson in April.

The 32-member delegation arrived in Israel on Nov. 8, and the next day Bryant addressed the International Unmanned Vehicles Conference in Tel Aviv, speaking of Mississippi’s visions for UAVs.

The delegation also toured the Israel Sci-Tech Schools’ Singalovski Campus to see the latest innovations in the way that education and training are being taught to the future leaders of Israel’s technology industry.

The network’s curriculum, which is heavily focused on STEM — Science, Technology, Engineering and Mathematics — is utilized throughout Europe and in schools in the United States.

“We welcome the delegation from Mississippi. In today’s global business environment, it is more important than ever before for countries to work collaboratively to educate the technology leaders of tomorrow, said Israel Sci-Tech Schools Director General Zvi Peleg, “We have learned a lot through our work with different groups in the United States and are excited by the opportunity to collaborate with the State of Mississippi. We believe there is a lot we can share and learn from one another.”

The delegation also sought to broaden ties in the medical, cyber-security and agriculture industries.

On Nov. 10, Bryant and the delegation went to the Kennedy Memorial near Jerusalem in rain and fog to plant trees in the JNF forest. There, Bryant said “ I feel compelled to repeat the words said by Prime Minister Benjamin Netanyahu to our President Barak Obama at their meeting in the White House just a few hours ago. He said that the relationship between the United States and Israel is rooted in shared values, is buttressed by shared interests and is driven forward by a sense of shared destiny.”

KKL-JNF Chief of Protocol Andy Michelson noted they would be planting a carob tree, which takes years to produce fruit, and therefore symbolizes preparing for the future.

Bryant said he is planting a tree dedicated to Israel, but as it is in the Kennedy forest, it is also dedicated to the United States, and particularly to the state of Mississippi where trees are planted not only for economic reasons but also for the beauty that they add.

On Nov. 12, Bryant took part in the opening bell ceremony at the Tel Aviv Stock Exchange. Amnon Neubach, chairman of the board of TASE, called Bryant “one of the best friends of Israel, in the United States.”

At the TASE, Bryant said “In Mississippi we believe, so goes America, so goes Israel; our economies must be strong together. As Governor of Mississippi, I am here to help assist this joint venture continue.”

Representatives of the Mississippi State Port Authority and the State Workforce Investment Board also went, along with Mississippi Manufacturers Association President and CEO Jay Moon and executives from Airbus Helicopters, which has a plant in Columbus, and Huntington Ingalls Industries, which has a Pascagoula shipyard that is one of Mississippi’s largest private employers.

During the trip, Bryant spoke about how the state has Stark Aerospace in Columbus, which helps assemble unmanned aerial vehicles. “And, they’re very interested in the Center of Excellence at Mississippi State.” The Federal Aviation earlier this year chose Mississippi State University to run as a National Center of Excellence for Unmanned Aircraft Systems, to coordinate research and development.

They also went to the Golan Heights and many other sites across the country.

Arieh O’Sullivan, the editor in chief of Israel Broadcasting Authority’s English News, interviewed Bryant, noting Mississippi’s strong support for Israel even though the state has fewer Jews than many apartment buildings in Tel Aviv.

Bryant said “all of us have a cultural relationship with Israel, all of us from the early times of our church learning understand how important it is for us to be part of the Jewish culture” which Christianity started from.

O’Sullivan was raised in Mississippi, moved to Israel in 1981 and in 2012 was inducted into the Sons of Confederate Veterans in Biloxi. He wore a Mississippi flag lapel pin for the interview.

Bryant said he wanted to make sure “Israel knows Mississippi and the American people stand with them in this difficult time.”

After the trip, Bryant reflected on the “absolutely phenomenal” mission. He said Israelis are like Mississippians, that relationships are important. “You don’t just go once and expect you will be doing business.”

While they were in Israel, there were two terror attacks in Tel Aviv, and Bryant spoke of how terror groups are now training young teens to carry out attacks.

The Paris attacks happened while he was still in Israel. He noted that security experts told them that the lone-wolf attacks will continue world-wide “indefinitely.”