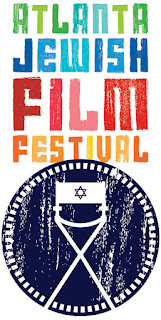 The Atlanta Jewish Film Festival, the world’s largest Jewish film festival, has unveiled its full lineup and official schedule of films for the 16th annual event.

“We are proud to unveil the sprawling lineup for the 2016 AJFF, featuring diverse, high-caliber films from around the globe,” said Kenny Blank, executive director for AJFF. “This is a cultural celebration and an artistic showcase meant to feed the soul and the mind, as well as entertain.  It is more than just a night at the movies — it is a curated experience that engages and inspires diverse audiences with film through a Jewish lens.”

More twists and turns await in the murder mysteries “A Grain of Truth” and “Fire Birds,” while there’s plenty to laugh about in the coming-of-age comedy “Time to Say Goodbye” and subversive satire “Atomic Falafel.”

In the wake of the horrific Paris attacks and as prelude to the upcoming U.S. elections, topical films tackle terrorism, immigration and reproductive rights in, respectively, “Je suis Charlie,” “Children of Giant” and “The Law.”

Biographies include filmmaker Sidney Lumet, Yiddish writer Isaac Bashevis Singer and philosopher Hannah Arendt. The 20th anniversary of Yitzhak Rabin’s assassination has prompted two portrayals of the fallen leader: “Rabin in His Own Words” and “Rabin, the Last Day.”

AJFF has surveyed the international festival circuit to bring such art house fare as the enchanting “Song of Songs,” the quietly unsettling “Mountain,” the shocking “Tikkun” and ghostly “Demon.”

The festival comes to a conclusion with “In Search of Israeli Cuisine” on closing night with a post-film sampling of Israeli delicacies.

The Atlanta festival had record-breaking attendance of over 38,600 moviegoers in 2015. This milestone achievement adds to AJFF’s existing status as the largest film event of any kind in Atlanta. In just 15 years, AJFF’s broad-based multi-cultural audience has enabled the festival to emerge as one of the South’s foremost arts celebrations.