Four years before the city hosts the 2021 World Games, Birmingham will be one of the host cities for the international JCC Maccabi Games.

The JCC Maccabi Games is part of the Jewish Community Centers Association, and is held in three communities across North America each summer. Roughly 6,000 Jewish teens from ages 13 to 16 participate each year in an Olympic-style sporting event. It is regarded as the second-largest organized sports program for Jewish teens in the world, with each venue welcoming several dozen delegations.

The Games began in 1982 in Memphis, and an arts festival, held at one venue each summer, began in 2006 in Baltimore.

The 2015 games were held in Fort Lauderdale, Fla., Milwaukee, Wisc., and Dallas. The 2016 games will be in Columbus, Ohio, St. Louis and Stamford, Conn.

Birmingham is the second-smallest community to ever host the games. Only Akron, which has a community of roughly 4,000 and hosted in 2008, is smaller.

Atlanta hosted the games in 2001. New Orleans was set to be a host in 2006 but the recovery from Hurricane Katrina made that impossible.

At least 700 teens will participate in the Birmingham games, which will include sports competitions and a day of community service. The games, held in late July or early August, will also attract parents and chaperones for the week.

The delegates will compete in individual sports such as bowling, tennis, track, dance, golf and swimming as well as team sports like basketball, flag football, soccer, lacrosse, softball, volleyball and baseball.

LJCC Executive Director Betzy Lynch was in charge of the 2012 games in Memphis, the games’ 30th anniversary, before she became the head of Birmingham’s JCC.

“We’re so excited to be a host for the 2017 Maccabi Games,” Lynch said. “We’re so proud to showcase our community to the world.”

The official announcement was made through a video presentation at the conclusion of the LJCC’s 109th annual meeting on Jan. 14.

“Make sure you sign up to be a host family before you leave,” Lynch urged. Athletes receive home hospitality in the host communities.

Nadler said roughly 100 people came together when the Maccabi team came for a site visit, including representatives from Altamont School, located just up the hill from the LJCC, Birmingham-Southern College and the mayor’s office. 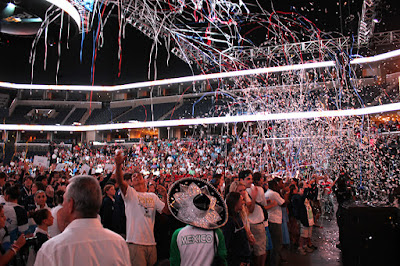