Deborah Dash Moore to be scholar-in-residence in Huntsville 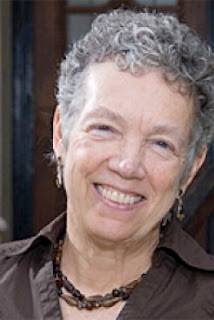 Deborah Dash Moore will be the speaker for the Rabbi Jeffrey Ballon Memorial Scholar in Residence Weekend at Huntsville’s Temple B’nai Sholom next month.

Moore is director of the Frankel Center for Judaic Studies and the Frederick G.L. Huetwell Professor of History at the University of Michigan. Her book, “Gender and Jewish History” received the National Jewish Book Award. She is also author of “G.I. Jews.”

A friend of Ballon’s, Moore will give three presentations reflecting his passion for interfaith studies.

On March 11 at 11 a.m., she will speak at a luncheon at B’nai Sholom for area clergy, lay leaders and B’nai Sholom members. She will detail “How the Judeo-Christian Tradition Became American,” describing how the widely-accepted concept developed.

At 6 p.m. she will speak on “GI Jews: How Military Service Changed a Generation of American Jews,” starting a process that affected the American Jewish community in religious, political and social ways that are still felt today. Dinner reservations are $25 for adults, $18 for children, and the 6 p.m. dinner and 7 p.m. Shabbat service are open to the community.

The service will also be Chai and New Member Shabbat, honoring new members and those who have been members for over 18 years.