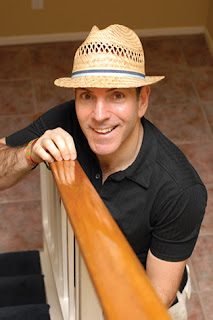 This month, Opera Birmingham is presenting two chamber operas by Ricky Ian Gordon, one of the leading modern composers, many of whose works have a highly personal, autobiographical nature.

Though “Orpheus and Euridice” and “Green Sneakers” were composed a few years apart and seem to be set in two different eras, both were spurred by the 1996 death of Gordon’s partner, Jeffrey Michael Grossi, from AIDS at the age of 32.

“Orpheus and Euridice” “burst out of my sub-conscious,” Gordon said. “I had a need to tell this story of what happened to me and Jeffrey” and it came to him in a dream. “I woke up and by 5 a.m. I had the whole libretto.”

It originally debuted in 2001, then a full production introduced the work at Lincoln Center in 2005.

“Orpheus and Euridice” “is a modern poetic interpretation of the classic Greek myth, with soprano and clarinetist embodying the characters in a highly choreographic performance unlike anything seen on Opera Birmingham’s stage before,” explained Keith A. Wolfe, general director of Opera Birmingham.

“Green Sneakers” came from a series of 20 poems Gordon wrote shortly after Grossi died. Sitting on the bed staring into the closet, he noticed the green sneakers they had purchased together a few months earlier. The poems flew out, but “I put them away for years, I didn’t think about them.”

While he was in Utah working on the second production of his first full-scale opera, “Grapes of Wrath” in 2007, he was approached by the Bravo! Vail Valley Music Festival in Colorado, where he was composer-in-residence, to do a new composition. “This entire piece came to me” from those poems, but he knew it was going to be much more than the requested 10 minutes — more like an hour. But “once a piece starts coming to you, you can’t hold it back.”

He wrote it, read the text to festival organizer Eugenia Zukerman and “she wept.”

“Green Sneakers” has its own life and history, but the Pittsburgh Opera then put it together with “Orpheus and Euridice” as a double-bill.

“They weren’t meant to be done together,” but “I love the way they work together,” he said.

Gordon explained that “Orpheus and Euridice is “the mythological retelling of the story and (“Green Sneakers”) is the bald-faced fact.” It is “such a different piece, it’s just reality.”

He is “really excited” about the performances in Birmingham. “You have some good singers doing it,” he said. The production will feature the Opera Birmingham debuts of acclaimed African-American soprano Talise Trevigne and leading edge contemporary baritone Matthew Worth.

Wolfe said the same theme of love and loss in “Orpheus and Euridice” takes “a much more personal and emotionally raw turn in ‘Green Sneakers’ with the baritone taking us on a journey of grief and eventual resolution that won’t leave a dry eye in the theatre.”

A New York native, Gordon’s mother was a Borscht Belt singer and his father was an electrician after coming home from World War II. The family was portrayed — with their real names — in the 1992 Donald Katz book “Home Fires: An Intimate Portrait of One Middle Class Family in Postwar America.”

One of his three sisters, Susan Gordon Lydon, was founding editor of Rolling Stone.

Gordon started taking piano lessons at age 5, at the home of a friend who was a year older. As his friend had his lesson, Gordon found a copy of the Victor Book of Opera and took it out of the bookshelf. “I remember it like it was one of those movie sequences.” He was “transfixed” by the book, where every page had the story of one of the great operas and a photo from a production.

Before long, he and his friend would take the train into town every Saturday to go to the opera, buying standing room tickets. Soon they would make their way backstage to meet the performers. “Little boys backstage in Franco Corelli’s dressing room — it was crazy,” he said.

He would frequent Music Masters, a rare recordings store in New York where “you could get recordings of everything,” and considered himself “just an admirer of music.”

He left high school early to enroll at Carnegie Mellon University at age 16, and had a revelation in his first semester. He figured his passion for playing the piano was “to explore the ideas of all the composers I loved,” and that perhaps he was a composer.

He inquired about that course of study at Carnegie Mellon, but had no examples of his own work to show them. As a break was approaching, he went home and wrote over 100 pages of music, and somehow “they were astonished and said yes.”

While he did some acting at Carnegie Mellon, from then on he always wrote music. “I get up every morning and I write,” he said. “I feel strange if I don’t put notes on paper” that day.

As a child, two of his older sisters would put him to sleep by reading poetry to him. “Poetry became a lullaby for me,” he said.

Eventually, he started setting his poems to music, “to say more than just notes.”

That passion for writing is serving him well, as he has recently done compositions on a wide range of historical subjects. In many of his recent works, he has found that his “Jewishness is sewn into the fabric of what I am doing and it comes out all over the place.”

“Morning Star” is about a Jewish family that immigrates to New York and is set with the backdrop of the Triangle Shirtwaist Factory fire. The work ends with the entire Kaddish for the women who died in the fire.

Based on Giorgio Bassani’s novel, “Garden of the Finzi-Continis” is about a Jewish family in Italy during Mussolini’s rule. As the family is wealthy and assimilated they mistakenly believe they are impervious to what is going on around them. The show includes a setting of “Hashkiveinu,” in tribute to the Jews of Europe.

Other pieces show his range of historical influences, such as “A Coffin in Egypt,” based on a Horton Foote play about a 90-year-old grand dame in Egypt, Texas, who has outlived virtually everyone else, but can’t outlive the truth in a tale of murder, racism and recrimination.

“Rappahannock County” is set in the philosophical debates of the Civil War, and “Sycamore Trees” is about the secrets of modern suburbia.

With so many recent works being done in so many places, Gordon is constantly busy. “All of a sudden, I have a lot going on at once,” he said.

Performances are March 11 at 7:30 p.m. and March 13 at 2:30 p.m. at the Red Mountain Theatre Cabaret. Adult tickets are $35 and $50 and can be purchased online at www.operabirmingham.org. Student tickets are $10, only at the door to ages 25 and under with a valid ID, subject to availability.