Then came the ruling: Kaplan to speak at Sinai about same-sex equality case 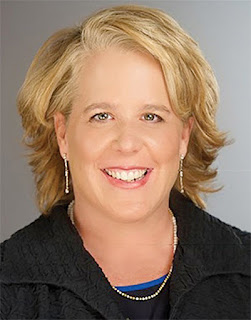 Attorney Roberta Kaplan will speak on her new book, “Then Comes Marriage: United States vs. Windsor and the Defeat of DOMA” at Temple Sinai in New Orleans on April 14.

Kaplan, a litigation partner at Paul, Weiss LLP, has been described as a “powerhouse corporate litigator” and “pressure junkie” who “thrives on looking at the big picture” whether “in the gay-marriage legal fight or high-profile corporate scandals.”

Kaplan represented Edie Windsor in the landmark case of “United States v. Windsor” in which the Supreme Court ruled that a key provision of the Defense of Marriage Act violated the Constitution.

Windsor and Thea Spyer had been a couple for over 40 years, and Spyer was nearly paralyzed by multiple sclerosis. Though they were finally able to marry, the Federal government did not recognize the marriage, resulting in a large estate tax liability for Windsor.

The consequences of the Windsor decision were both rapid and profound. Dozens of courts throughout the United States held, relying on Windsor, that gay couples should be accorded equal rights under the law, including the Supreme Court in “Obergefell v. Hodges.”

Her talk is hosted by the Forum for Equality, Federal Bar Association New Orleans chapter and Temple Sinai. There will be a book signing at 6 p.m., followed by the lecture and discussion at 7 p.m.

One hour of continuing legal education is available to lawyers who attend.