At 25, Touro’s JazzFest Shabbat an essential part of the experience 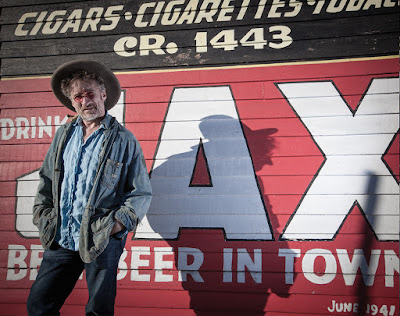 Jon Cleary will headline the 25th JazzFest Shabbat on April 29.

Now in its 25th year, JazzFest Shabbat packs the sanctuary at New Orleans’ Touro Synagogue and has become a traditional part of a major New Orleans cultural event.

This year, the tradition has a twist, as the calendar dictated that JazzFest Shabbat will be on the second Shabbat of the two-weekend event, instead of the usual first Shabbat. The first Shabbat is the first night of Passover, so the Seder takes priority.

“We want to make sure everyone knows it’s on the second weekend,” said Touro Cantor David Mintz, adding that “there are many out-of-town JazzFest regulars who make JazzFest Shabbat part of their trip.”

Jon Cleary and the Absolute Monster Gentlemen will headline this year’s service, on April 29. On Feb. 15, Cleary’s “GoGo Juice” won the Grammy for best regional roots music album of the year.

JazzFest Shabbat began in 1991 with Cantor Steve Dubov. The idea was to invite guest musicians to participate in Shabbat services. “It evolved into something so special for the Touro community and for New Orleans,” Mintz said.

“It’s a regular Shabbat service,” Mintz said, “but it’s so much more than that,” with tunes for the liturgy representing a wide range of styles, including jazz, blues, R&B, Cajun, Zydeco and funk, resulting in a uniquely New Orleans spiritual experience.

“Each year the excitement seems to increase as we bring in these great guest artists,” Mintz said.

The first year, the New Orleans Klezmer All-Stars were featured. Ben Schenck, a founding member of that group, is now clarinetist and bandleader of the Panorama Jazz Band, which continues to take part in the service. “We’re so grateful for that partnership,” Mintz said. The band also plays at Touro’s Simchat Torah celebration.

While Mintz is a relative newcomer to the tradition, currently finishing his second year as cantor at Touro, he said one of the greatest JazzFest Shabbat memories that congregants continue to speak about is the 2010 service when Allen Toussaint was the guest artist.

Paul Shaffer, who was David Letterman’s band leader on “The Late Show,” happened to be in attendance. Mintz said Toussaint and Shaffer knew each other, so Toussaint called Shaffer up to perform with him. They closed the evening with a version of “Adon Olam” to the tune of “When The Saints Go Marching In,” which can be viewed on YouTube.

Toussaint’s influence is also part of this year’s event, as he did the horn arrangements for several of the songs on Cleary’s “GoGo Juice,” and in 2012 Cleary did an album of Toussaint’s songs, “Occapella.”

Mintz was thrilled to have this year’s headliner win a Grammy just weeks before the event. “To have them recognized on a national stage in the same year we celebrate our 25th anniversary, it is so special.”

Cleary was raised in a musical family in rural Britain, and in his teens became a fan of funk. Three of his favorite songs were either written or produced by Toussaint, and his attraction to New Orleans was furthered after an uncle visited the city and brought two suitcases of local singles back to England in the early 1970s.

The moment he could leave school, Cleary traveled to New Orleans, and upon arrival went right to the Maple Leaf, getting a job as a painter at the club while hanging out with Roosevelt Sykes and James Booker.

One night when Booker was a no-show, the club’s owner told Cleary to take the stage for an impromptu debut performance. As time went on, he decided to stay in New Orleans rather than return to England, landing gigs with many New Orleans legends.

He toured internationally with Taj Mahal, John Scofield, Dr. John and Bonnie Raitt. He left Raitt’s band in 2009 to devote himself to his own music and his New Orleans sound. “GoGo Juice” is his eighth album.

The evening begins with a 25th anniversary celebration and fundraiser at 6 p.m. There will be an exclusive performance by Jon Cleary and the Absolute Monster Gentlemen, a patron dinner and VIP seating for the service. Patron levels are $150 to $1,000, with a $50 category for children accompanying an adult patron.

For those unable to attend, the service will be streamed online, live from the main sanctuary.

“It’s pretty exciting, what has happened here over the last 25 years,” Mintz said.