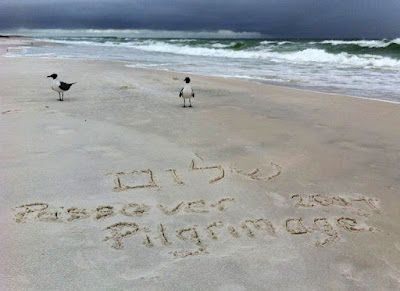 With Passover coming up, it is time for the rabbis at the Goldring/Woldenberg Institute of Southern Jewish Life to hit the road for the sixth annual Passover Pilgrimage.

This year, ISJL has developed a reading, “A Seder Supplement from the South,” which was shared in their recent CIRCA newsletter. The reading, which will be done at all of the Passover Pilgrimage events, speaks about strangers seeking peace and equality. “No longer do we conduct our seders in darkened rooms, alone and afraid… From Seminole to Statesville and from Paducah to Pensacola, we celebrate our tradition and we share it with our neighbors.”

At the 16 communities on the itinerary, Simons and Dreffin will each conduct services, lead Passover seders, offer educational programs, facilitate dialogue, and more.

Each year, the events draw a diverse crowd and foster shared community experiences. During their time on the road, the rabbis will also conduct home visits and share stories of the seder experiences, city to city.

The journey began on March 22 with Simons leading a Seder at Episcopal Church of the Nativity in Greenwood. On April 22 he will visit Anshe Chesed in Vicksburg, then Roseph Sholom in Rome, Ga., on April 23; Shalom b’Harim in Dahlonega, Ga., and Camp Coleman on April 24; Upper Cumberland Jewish Community in Crossville, Tenn., on April 25; B’nai Israel in Jackson, Tenn., on April 26; Am Shalom in Bowling Green, Ky., on April 28. He will finish at Temple Israel in Paducah, Ky., on April 29 and 30.

Dreffin will start on April 22 with visits to Mishkan Israel in Selma and Beth Shalom in Auburn. On April 23 he will visit Shomrei Torah in Tallahassee, then B’nai Israel in Panama City on April 24.

On April 25, Dreffin will lead a program at St. Philips Episcopal Church in Jackson, then head to Arkansas to visit United Hebrew Congregation in Fort Smith on April 26 and Temple Shalom of Northwest Arkansas in Fayetteville on April 27. He will continue to B’nai Israel in Monroe on April 27 and finish at B’nai Israel in Natchez on April 29 and 30.