OPINION: Standardizing the date of Easter — why should we care? 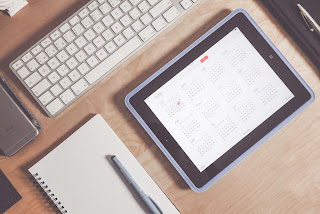 In the last few weeks, nola.com and New Orleans magazine had articles on the effort to standardize the date of Easter.

Most years, Easter falls during Passover, but on occasion — like this year — they are a month apart. Easter is very early while Passover is very late.

For New Orleans (and Mobile), the date of Easter is particularly important because counting backwards, it sets the date for Mardi Gras and the whole parade season, which this year ended very early, meaning a very short window to get your fill of king cake and tourist dollars.

Standardizing the date of Easter — most proposals mention the Sunday following the second Saturday of April — would make the season more predictable and ensure a decent length to parade season.

Naturally, the date of Easter is a topic about which a Jewish publication should not have anything to say. Right?

Historically, the Jewish world has tried to lay low during Easter, because of the narratives surrounding the crucifixion. Forget the December dilemma, over the centuries Easter was when it was most hazardous to be a Jew in a Christian society.

Those of us in the Jewish world are used to our holidays shifting around over the secular calendar; for Christians, Easter and the observances tied to it are the only experience with the lunar calendar system.

The events surrounding the crucifixion are said to have taken place at the start of Passover. In fact, many churches hold modified Passover Seders in the belief that the Last Supper was a Seder, though a careful reading of the gospel accounts has clues that would rule that out.

Because 12 lunar months are 10 or 11 days fewer than a solar year of 12 months, a formula was devised by the ancient rabbis to add a leap month in 7 out of every 19 years. That way, the spring festival of Passover stayed in the spring; the harvest festival of Sukkot remained in the fall.

Centuries later, Islam would adopt the lunar calendar, but without the leap month. Their holidays are not seasonal, so it does not matter to them that their holidays shift through the seasons, getting earlier each year according to the solar calendar.

Passover’s timing each year was declared from Jerusalem. To schedule Easter, the early church had to know when Passover would be, so they had to go to the Jews — you know, the people who rejected the whole resurrection and salvation thing.

Fed up with having to go to the Jews to find out when their Christian holy day would be, at the Council of Nicea in 325 C.E. a rule was adopted placing Easter on the Sunday following the first full moon after the Spring Equinox, which was decreed to be March 21.

That way, they didn’t have to check with us any more.

This year, the Jewish calendar has a leap month, moving Passover to late April, one of the latest dates it can start. But since Purim — which is on a full moon — happened on March 24, the first Sunday after that was March 27, so Easter was early this year.

Further complicating things, with the precision of modern astronomy, sometimes the equinox moves to March 20. In 2038, that is the case, and there is a full moon on March 21. But since Christianity officially fixed the date of the equinox as March 21, Easter won’t be observed until after the full moon in April. In 2038, Passover starts on April 19, Easter will be April 25.

Why should the Jewish community care when Easter is? In the grand scheme of things, it matters little to us, just as Christians aren’t affected by when Muslims observe Ramadan.

But in this era, when there are good relations between Christians and Jews — something which has been relatively rare over the last 2000 years, the date of Easter is a reminder to Christians of our common origins.

Today, a great number of Christians, especially in our region, learn about Judaism to better understand their own faith and where it came from. Hebrew roots explorations are common, and the determination of Easter is a demonstration of Christianity’s Jewish roots.

To establish a fixed Easter based on the solar calendar would sever that link. On some level, it would put a historical distance between our faiths at a time when so many are exploring what we share.

If different Christian groups can unite under a common Easter date for the first time in centuries, more power to them. If the proposals, some of which have been around for a century, never come to fruition, that’s their choice as well. This is not our battle.

Nevertheless, in a move toward convenience there would be something historic lost, and it should at least be taken into consideration.