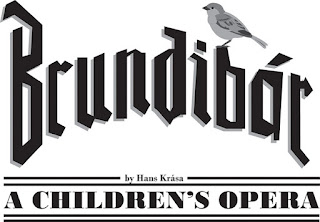 The New Orleans Opera and the National World War II Museum are collaborating on a production of Hans Krasa’s Holocaust-era children’s opera “Brundibar,” but it will involve far more than the three performances this month.

“Brundibar” was performed 55 times in the Theresienstadt concentration camp during the Holocaust, after which Krasa and just about all of the other participants were deported to Auschwitz and killed.

The only remaining survivor from the production, Ela Weissberger, will visit New Orleans for the productions and a series of educational events. She played “cat” in all 55 performances. She “will not only relate her personal story of struggle and survival, but also her casting as the role of the cat in Brundibar, and what the staging of this opera around the world means to her today.”

Also coming to New Orleans will be the Butterfly Project, which is making 1.5 million ceramic butterflies to memorialize the 1.5 million Jewish children who were murdered by the Nazis.

The local production came about through a meeting between New Orleans Opera and the World War II Museum to brainstorm collaborative projects, musical performances that would further the museum’s mission of accentuating all aspects of World War II.

During the meeting, the planned pavilion that will focus on the Holocaust was mentioned, which led Opera Conductor Robert Lyall to reflect on a couple of productions that are Holocaust-related and which could be done at the museum.

They wanted it to be done somewhere around Holocaust Remembrance Day, which would be after the Opera’s season concluded and before the end of the school year.

As the Opera and the museum started discussing “Brundibar,” they consulted with many in the Jewish community, especially Rabbi Edward Paul Cohn and Cantor Joel Colman of Temple Sinai, the Jewish Federation of Greater New Orleans and the Jewish Endowment Foundation.

For the opera company, this is a smaller-scale production without drawing national opera figures. Instead, the cast is students from the New Orleans area. Tryouts were held at Temple Sinai in January.

“We decided early on to make it an interfaith production,” Lyall said. “It wouldn’t be exclusively Jewish or exclusively non-Jewish kids.”

Originally composed in 1939 for the children of the Jewish orphanage in Prague, the show premiered in a cramped attic theater in Theresienstadt on Sept. 23, 1943, to an audience of prisoners, camp leaders, and Swedish Red Cross workers who were monitoring conditions at the camp.

The story itself is about a fatherless sister and brother. Their mother is ill, and the doctor tells them she needs milk to recover. But they have no money. They decide to sing in the marketplace to raise the needed money. But the evil organ grinder Brundibár chases them away.
However, with the help of a fearless sparrow, keen cat and wise dog, and the children of the town, they are able to chase Brundibár away, and sing in the market square.

While the Nazis used the show as a propaganda tool in portraying a model camp, the Jewish viewers equated Hitler with Brundibar.

Lyall said it is important to take what can be simply viewed as a charming children’s story and put it in its context and significance for audiences.

After 75 years, he said, it is an amazing set of circumstances that enables the show to be performed at all.

The performances will be preceded by a 15-minute short opera, “Friedl,” about Friedl Brandeis, who was “largely responsible” for the large amount of children’s art that came out of Theresienstadt.

Lyall explained that education and art were forbidden at the camp, but Brandeis persevered. The work was written for the Los Angeles Opera before a 2013 run of “Brundibar.”

Brandeis hid a large amount of artwork in suitcases, which emerged again after the war. The 5,000 pieces of art were “how much she could cram into a couple of suitcases.”

Of the 15,000 children sent to Theresienstadt, fewer than 100 survived.

Lyall said the local production will use the original dialogue instead of more recent attempts to make it more grand. Likewise, a recent version by Louisiana native Tony Kushner isn’t being used because of changes in the story.

There will be a series of events in conjunction with the performances.

Temple Sinai will host the Butterfly Project’s “Not the Last Butterfly” documentary film on May 12 at 7 p.m. There will be a reception, butterfly painting and discussion with the filmmaker.

The Butterfly Project was formed in 2006 at San Diego Jewish Academy, partly inspired by the Paper Clips project of Whitwell, Tenn. Over 200 communities worldwide have participated in the project, which will use the 1.5 million ceramic butterflies as inspiration worldwide, for Holocaust education and anti-bullying initiatives.

Schools around the world can dial into a Webinar with Weissberger, “Testimony from Theresienstadt: Ela Weissberger and her Story of Survival” on May 13 at noon.

All audiences are welcome to view and participate. The museum says the webinar is ideal for grades 5 to 8. Upon registering, teachers will receive curriculum materials related to the program.

Weissberger will be at the 6:15 p.m. Shabbat service on May 13 at Temple Sinai.

On May 14, the Butterfly Project will have a family workshop at the WWII Museum at 2 p.m. Children ages 8 to 12 are invited to design ceramic butterflies with Weissberger, who will also glaze one of the butterflies.

Each of the butterflies made at the museum will be incorporated into a temporary public display. Advance registration is required, and one adult per three children must attend. Participants are invited to attend the “Brundibár” dress rehearsal directly following the workshop.

There is no charge to participate, but space is very limited. Regular museum admission charges will apply to those who want to spend the day at the museum.

The Boeing Center includes restored warbirds hanging from the ceiling. Those were the planes being piloted by U.S. forces during the opera’s original run at Theresienstadt.

In 1998, J. Greg Thomas, a teacher in rural Alabama, did a tour of “Brundibar” with an entirely non-Jewish cast and using their original accents to show the universal message.

The tour performed in October 1998 in Nashville, as special guests of the Tennessee Holocaust Commission’s annual Holocaust Conference for High School students, with Weissberger in attendance.

In 2014, children and adults from Ars Nova School of the Arts in Huntsville performed “Brundibar” during “Voices from Terezin” at Weatherly Heights Baptist Church. Weissberger introduced those performances as well.