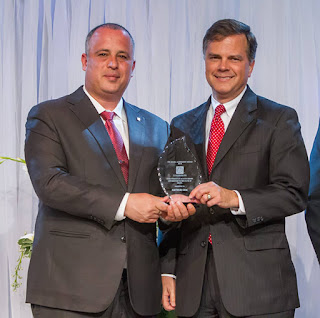 As Israel started its national memorial day on the evening of May 10 for the 23,477 who have died in defense of the Jewish state since 1860, a signing ceremony in Montgomery demonstrated Alabama’s continuing commitment to Israel.

Alabama Governor Robert Bentley signed SB81 into law during the afternoon of May 10. The measure prevents Alabama governmental entities from entering into contracts with companies that participate in boycotts against individuals, entities or nations with whom Alabama enjoys “open trade.” Though Israel is not specifically mentioned, the bill is part of a national effort against the Boycott, Divest and Sanction movement that seeks to isolate Israel economically, culturally and academically.

Alabama becomes the eighth state to sign such a measure into law. Iowa became the seventh, on April 28. About 20 states have been considering similar legislation this year.

Introduced by Sen. Arthur Orr from the Decatur area, the bill passed the Alabama Senate 30-0 on April 7, an hour before Israel’s Deputy Speaker of the Knesset, Hilik Bar, addressed a joint session of the Legislature.

Bar said the Alabama Legislature’s message is “You boycott Israel, we boycott you. And that’s a very brave thing to do.”

John Buhler, co-chair of the Alabama-Israel Task Force, has been working with legislators on the bills. He said it is “very timely and appropriate to be signed on the very eve of the two-day memorial and celebration of Israel’s Remembrance Day and Israel’s Independence Day.”

Earlier in the session, the Legislature unanimously passed a joint resolution specifically condemning the BDS movement and reaffirming support for Israel. Orr introduced Senate Joint Resolution on Feb. 2, and the House passed it on Feb. 9.

“Alabama’s elected representatives who defend the inalienable right to free speech understand that the goals and activities of the Boycott, Divestment, and Sanctions Movement in this state are harmful to the State’s relationships with Alabama’s Jewish citizens, our friend and ally Israel and have a deleterious impact on the academic and educational environment,” the resolution stated.

Alabama has a long history of support for Israel, starting with a 1943 resolution that passed the Legislature unanimously, urging the establishment of a Jewish state five years before Israel’s independence. That measure was the first such statement of support from a government in the United States.

In 2006, Governor Bob Riley declared “Stand With Israel Day” in Alabama. The Legislature also passed resolutions of support for Israel during conflicts in 2001, 2012 and 2013.

In April 2015, Tennessee became the first state to formally condemn BDS, by a combined 123-1 vote between the two houses. The effort was spearheaded by Laurie Cardoza-Moore, founder of Proclaiming Justice to the Nations, a Christian pro-Israel group. She worked with Christian and Jewish groups to promote the bill, which was seen as a template for other states to follow.

Georgia and Florida have also passed bills barring contracts with those who boycott Israel. In Florida, the state will create a list of companies that support boycotts of Israel and also prohibit state pension funds from being invested in companies that follow the BDS movement.

Legislators in Georgia and Florida reported strong and vocal opposition from BDS proponents, but the anti-BDS initiatives had strong support among their colleagues.

“BDS is discrimination cloaked in the language of human rights, but at its core, the effort to single out Israel is anti-Semitism, plain and simple,” said The Israel Project CEO Josh Block. “I congratulate the people of Alabama, their legislators and their governor, for seeing through this dangerous ruse and standing strongly with the Jewish state against misguided efforts to attack and delegitimize America’s closest ally in the Middle East.”