New Chavurah, Kehillat Shalom, to start in B’ham next month 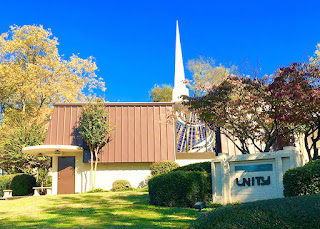 Unity Congregation on Birmingham’s Southside will be hosting Kehillat Shalom.

A new Chavurah has formed in Birmingham and plans to start holding weekly Shabbat services next month.

Kehillat Shalom is an entirely lay-led group that had its first organizational meeting on May 23, to get a sense from the 20 in attendance as to what they want to see in the group.

Barry Ivker said this is part of a national trend of smaller groups that are more close-knit, informal and flexible than traditional congregations.

The group’s Facebook page defines a chavurah as “a small group of like-minded Jews who assemble for the purposes of facilitating Shabbat and holiday prayer services, sharing communal experiences such as lifecycle events, and Jewish learning.”

The group’s mission “is to be a congenial group that meets for worship, celebrating Jewish holidays in a ‘traditional’ Conservative manner, friendship, support and shmoozing.” It will be egalitarian.

The group has a Torah on loan, is seeking a second Torah, and received chumashim and prayer books from a congregation in New Hampshire and Shir Chadash in Metairie, among other sources. Kehillat Shalom officially incorporated on May 27.

The group is renting space on a monthly basis at Unity Congregation on Highland Avenue, and will hold services Saturdays at 10 a.m. The first official service will be on June 18, though some are planning a service on June 11 to work out the kinks.

Fred Benjamin said the sanctuary, which holds about 125, is non-denominational, with no religious symbolism of any kind. Even the stained glass window is abstract.

At the initial meeting, the group considered four locations. Jacob Halpern attended to offer space at Beth-El, the city’s established Conservative congregation. Halpern, Beth-El vice president, said Beth-El “has reached out to those in our community considering other options for Jewish practice. We have offered space to allow multiple groups within our congregation to practice as they would like within the broad tent of Conservative Judaism.”

Most of those involved in the chavurah have been active at Beth-El and were vocally opposed to recent controversial personnel moves at the congregation. But Fran Ivker noted that the chavurah concept has been discussed among them for several years.

The group’s name comes from a desire to get together in an atmosphere of peace, and they emphasize they are putting any past issues aside and looking forward in a positive manner.

Barry Ivker said this is not a new synagogue, nor are they trying to set up a congregation to compete with anyone else.

They stated that participants in the chavurah are welcome to continue membership and involvement in the community’s other religious institutions.

The chavurah will offer programming according to the wishes of the group. “People can openly express their feelings, then we vote,” Fran Ivker said.

Barry Ivker said there has been some interest expressed in Bar/Bat Mitzvah training, for example.

Benjamin added, “it’s in the very formative stage and open to suggestions.”

They will not prepare food at Unity, because the kitchen is not kosher, but plan to have potluck lunches following services.