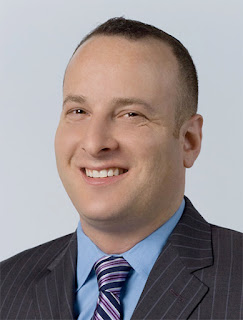 A “gut reaction” by Rabbi Matthew Reimer has led to his being named the new rabbi at Temple Sinai in New Orleans, effective July 1. He succeeds Rabbi Edward Paul Cohn, who has led Louisiana’s largest Jewish congregation since 1987 and will become the emeritus rabbi.

Reimer, 41, said that when he decided to apply for the position, he had never been to New Orleans, but knew it has “a great reputation, great culture.”

A native of West Orange, N.J., Reimer was ordained at Hebrew Union College-Jewish Institute of Religion in 2007. He was a music major at Vassar, then spent a year in Israel after graduation, studying, traveling and working as a musician.

He also has been the high school and youth program director at Park Avenue Synagogue in New York City.

Before being ordained, he was rabbinic intern for two years at Temple Shaaray Tefila in New York City, focusing on outreach to Jews in their 20s and 30s.
From 2008 to 2013 he was assistant rabbi and then associate rabbi at Temple B’nai Jeshurun in Short Hills, N.J. In 2014 he became interim rabbi at Port Jewish Center in Port Washington, N.Y. Most recently, he has been rabbi of the Shul of New York, a “shul without walls” that is all-inclusive and emphasizing spiritual growth and compassion.

Because his entire life has been in the New York/New Jersey area or Israel, he said that he and his wife were committed to geography playing a role in where he would apply, rather than just applying anywhere. When he saw that Temple Sinai had an opportunity, he approached her “and asked, what do you think?”

After a Skype interview, he came to New Orleans for a long weekend and “really got a taste of how vibrant the city is and the community is.”

He sensed that New Orleanians “are so incredibly proud of their city and so civically minded to making the city what they want it to be,” and showed “what it meant to not only live in a place but live with a place and feel a sense of responsibility for a place.” That sense was a huge attraction.

Reimer is prepared for the transition of moving to a new region and in leading a congregation that has not had a rabbinic change since 1987. One area of emphasis, he said, is “creating opportunities for young people… to really feel a sense of ownership of their Jewish journeys.”

While assistant rabbi of the New Jersey congregation, in 2010 he launched a monthly musical Shabbat service in Manhattan to follow those from that community who had moved to the “big city,” especially those in their 20s and 30s who were not otherwise engaged in the community.

He also looks to build upon the social action and outreach work that Cohn has done for the last 30 years at Temple Sinai.

Reimer was on the editorial committee for Behrman House’s Siddur Mah Tov, a family-friendly siddur aimed especially at ages 5 to 10, and available in Reform and Conservative editions.

In 2003, he was a quarterback on the Israel National Flag Football team that came in second at the Flag en Champagne tournament in France, knocking off the U.S. team that was the world champion. The Israeli team fell to Pygargues, France, in the finals.

Reimer’s wife, Leah, is an anesthesiologist and they have four young daughters.

Temple Sinai held a Golden Gala honoring Cohn on May 21, at which it was announced that Reimer would be the new rabbi. The 700-family congregation’s membership officially approved the hire on May 27.