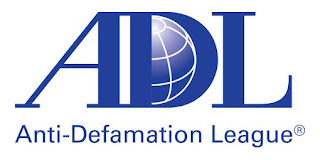 The Anti-Defamation League announced on May 9 that a broad coalition of local organizations in Louisiana that have agreed to join as coalition partners in ADL’s 50 States Against Hate initiative.

ADL’s 50 States Against Hate is a nation-wide initiative involving a wide-range of national coalition partners that aims to strengthen state hate crimes laws and introduce them where they do not currently exist; provide enhanced training for law enforcement personnel on hate crimes identification, response, and reporting; improve data collection and reporting; and educate communities on effective responses to hate violence.

“This broad coalition intentionally represents a spectrum of constituents and actors,” said Allison Padilla-Goodman, regional director of the ADL in New Orleans.

“The diversity of our coalition partners emphasizes the stand that New Orleanians want to take against hatred and bigotry,” adds Keith Twitchell, executive director of Committee for a Better New Orleans.

According to the FBI, one hate crime occurs on average every 90 minutes in the United States. There were 5,479 hate crimes in 2014, the last year of available hate crimes data. Reporting varies tremendously state-to-state.

“But our reporting is in drastic need of improvement: we only had nine hate crimes reported in Louisiana in 2014, four of which were in New Orleans. States and cities of comparable size had about 20 times that many,” added Dr. Allison Padilla-Goodman, Regional Director of the Anti-Defamation League.

With support of the coalition, the ADL has been training law enforcement across the region. On May 3, ADL trained almost 100 officers, including the Command staff, of NOPD. On May 4, ADL co-hosted a seminar on hate crimes with the FBI and Baton Rouge Police Department in Baton Rouge for area law enforcement and district attorneys. These trainings will continue on a regular basis, as well as ADL’s community outreach about hate crimes.