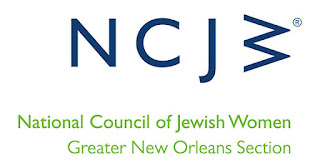 The New Orleans Section of the National Council of Jewish Women applauded the June 27 U.S. Supreme Court decision striking down a Texas law that was “designed to close abortion clinics” and spoke of its ramifications for Louisiana.

In Whole Woman’s Health v. Hellerstedt, the 5-3 ruling struck down a provision that required all abortion providers to obtain local hospital admitting privileges. A similar law was passed in Louisiana in 2014, but it was blocked by a federal judge.

In late February, the Fifth Circuit granted an emergency request by Louisiana’s Attorney General to overrule the lower court, allowing the law to take effect, and leaving only two clinics open, each with only one provider meeting the requirements. The same week in March that it heard oral arguments in the Texas case, the Supreme Court stepped in to block Louisiana’s law, allowing clinics to reopen.

The Louisiana admitting privileges law remains enjoined as a result of the Supreme Court’s action, but the parties will need to brief and argue the merits of the case to the Fifth Circuit Court as the facts in the Louisiana case are unique, but Section leaders are hopeful the ruling will lead to Louisiana’s law being overturned.

“The Supreme Court strongly affirmed that a woman deserves compassion, respect, and dignity in making her own health decisions without barriers imposed by politicians with a religious agenda,” stated Michelle Erenberg, Louisiana Policy Advocate for NCJW. “The ruling is an important first step in dismantling medically unnecessary laws designed to make it harder for women end a pregnancy, but Louisiana’s lawmakers are likely to continue to promote policies that assert one religious point of view over the right of women to make their health decisions based on her own faith and in consultation with her doctor.”

The Louisiana legislature passed several new laws this session that will affect abortion access, from tripling the state-imposed waiting period to banning the most common and safest second-trimester procedure. Reproductive rights advocates testified that these laws were likely to face costly court challenges, but, even with the state budget crisis, legislators were not deterred.

“National Council of Jewish Women, in New Orleans and across the country advocates for the well being of women, children and families. Our advocacy includes ensuring women have access to reproductive health care, including the ability to access a safe and legal abortion. The Supreme Court ruling is a landmark decision for women in Texas, Louisiana and across the nation,” said Susan Kierr, president of the NCJW Greater New Orleans Section.