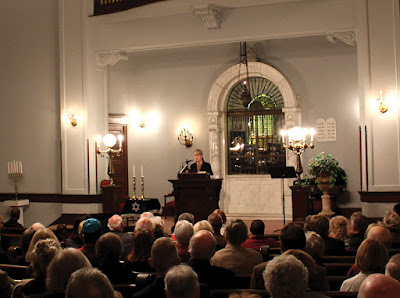 This year, Natchez is celebrating its 300th birthday, and as part of the celebration the Southern Jewish Historical Society will hold its annual convention in Natchez, “Jews in the Southern Hinterland.”

The conference will be Nov. 4 to 6, starting in Jackson with an optional tour to Vicksburg and Port Gibson. A tour bus will leave Jackson at 9 a.m. for Anshe Chesed and the Jewish cemetery in Vicksburg, followed by lunch at the B’nai B’rith Literary Club building.

The group will then head to Natchez, stopping in Port Gibson to visit the historic Moorish-style Gemiluth Chassed building. A non-touring bus will leave the Jackson airport for Natchez at 1 p.m.

At 3:15 p.m., there will be a welcome event at Temple B’nai Israel in Natchez, with a history of the community given by Teri Tillman and Jennifer Stollman.

After dinner at Rolling River Bistro, there will be Shabbat services at B’nai Israel, led by Rabbi Jeremy Simons of the Institute of Southern Jewish Life. Robin Amer will give the keynote address, “Growing Up with the Last Jews of Natchez.”

There will be a series of panel discussions on Nov. 5, starting with “Standing on Ceremony: Jews and Gentiles in the South.”

“Acts of God: Responding to Epidemics and Disasters in Southern Jewish Communities” will discuss Yellow Fever, the flooding of Bayou Sara, La., and Marlene Trestman’s research on the children who lived at the New Orleans Jewish Orphans Home from 1856 to 1946.

Lunch will be at Carriage Hall, with Steve Whitfield speaking on “Jews Against the Ku Klux Klan,” with an introduction by Macy Hart.

The afternoon discussion will be on “Family History and Jews in the South.” After a membership meeting, there will be optional Natchez tours, including a Jewish Natchez tour with Tillman and Mimi Miller, visiting the Jewish cemetery, Under the Bluff, and historic homes that used to belong to Jewish merchants.

On Nov. 6, the opening discussion will be “Southern Synagogues and the Gentile World,” followed by “Diaries and Memoirs from the Jewish South” moderated by Dale Rosengarten and Adam Meyer.

Accommodations are available on Nov. 3 at the Hilton Jackson, and during the conference at the Natchez Grand Hotel.