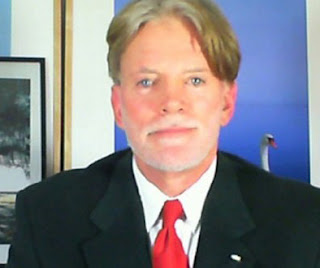 After threatening earlier this year that he would challenge Rep. Steve Scalise for the U.S. House, on July 22 former Ku Klux Klan leader, neo-Nazi and Holocaust denier David Duke filed instead to run for the U.S. Senate from Louisiana.

In a video posted on his website that morning, he said “European-Americans need at least one man in the United States Senate, one man in the Congress who will defend their rights and heritage.”

When qualifying ended, there were 24 candidates to replace the retiring Sen. David Vitter.

Louisiana’s election process places all candidates from all parties on one ballot, and if nobody reaches 50 percent on Nov. 8, the top two regardless of party meet in a runoff on Dec. 10.

With 24 candidates in the race, some see Duke as relying on his base of support to be enough to propel him into a runoff as the other 23 candidates divide the pie into thin slices.

While there has been a mixture of concern and consternation in the Jewish community, Jewish organizations have been relatively quiet. Due to their non-profit status, they can neither endorse nor actively oppose candidates for public office; doing so would endanger their tax-exempt status.

His best-known race came in 1991, when he made his way into a runoff with ethically-challenged Edwin Edwards for governor of Louisiana. “Vote for the crook, it’s important” became the rallying cry of those looking to ensure Duke did not win that race.

His only victory was when he ran for the Louisiana House from Metairie in 1989, riding an anti-tax wave as Louisiana was considering ending the homestead exemption for property taxes. In a special election, he received 33 percent of the vote and faced John Treen in the runoff. Treen, who had received 19 percent in the primary, lost by 227 votes.

In his 1990 and 1991 races, Duke received over half the white vote statewide.

In 1989, at the opening of a Holocaust exhibit at the Louisiana Capitol in Baton Rouge, Holocaust survivor Anne Levy of New Orleans vocally and publicly castigated Duke, who argued he didn’t deny the Holocaust, he just says it was exaggerated.

The Louisiana Coalition Against Racism and Nazism was formed, keeping that aspect of Duke’s personality in the forefront, and ultimately deflating his popularity.

In 2002, he pleaded guilty to mail fraud and tax evasion for using raised funds at casinos and home improvements, confirming what many in the white supremacist movement had been saying about him for decades, going back to charges (that were later dropped) that in 1972 he raised campaign funds for George Wallace’s presidential bid but pocketed the money.

Duke, who in the 1980s founded and ran the National Association for the Advancement of White People after six years as Grand Wizard of the Knights of the Ku Klux Klan, served 15 months in prison in 2003 and 2004.

While he spends a lot of time among anti-Semitic and neo-Nazi groups in Europe, he has been kicked out of the Czech Republic, Germany and Italy in recent years.

Reaction to his campaign announcement was swift and vocal from Republicans in Louisiana and around the country.

National Republican Senatorial Committee Executive Director Ward Baker said voters can pick from several Republican candidates in the race “who will have a great impact on the Bayou State and the future of our country. David Duke is not one of them.”

He added that the NRSC would not support Duke “under any circumstance.”

Because Duke is a registered Republican, he was able under state election law to pay a $300 fee to be listed as a Republican on the ballot, independent of the party’s wishes. After qualifying ends, one may not change that designation.

The state Republican party is considering a measure that would enable the party’s central committee to strip a candidate of the GOP label by a two-thirds majority vote.

Many Republican candidates for U.S. Senate also immediately stated their opposition to Duke.

Col. Rob Maness said “I’ll be damned if I allow David Duke or any agitator to make a mockery of the great state of Louisiana” and stated a DenounceDuke website.

State Treasurer John Kennedy said “David Duke’s brand of hate is not wanted or welcome. Without question, I condemn his entrance into the race.”

Public Service Commissioner Foster Campbell, a Democrat, said “David Duke’s destructive rhetoric and legacy have the potential to rip our state and our country apart. Louisiana knows better. I vow to stand up to anyone seeking to divide rather than to unite our people.”

Rep. John Fleming said he “has always rejected all forms of racism, discrimination, and prejudice” and is “wholly focused on uniting all Louisiana voters of all races, creeds, and religions behind his hopeful message of freedom, liberty, and security.”

Rep. Charles Boustany said “I strongly denounce the racism, bigotry, and anti-Semitism of David Duke. His views are a relic of ancient history and are repugnant to Louisianians… David Duke’s candidacy in this race will be a disgraceful sideshow, and nothing more.”