Israel shifting Ala., Miss. from Atlanta to Miami Consulate 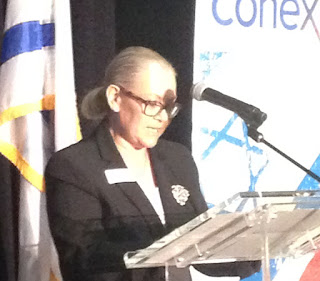 On Jan. 6, communities around the Southeast were relieved to find out that Israel would not follow through on plans to close the Atlanta Consulate. Now, that has turned to surprise as Alabama and Mississippi are being shifted away from nearby Atlanta and added to the Miami Consulate’s territory.

Israel’s Ministry of Foreign Affairs had been contemplating some consolidation as a cost-cutting move, and Philadelphia’s Consulate wound up being cut, not Atlanta. With that, a realignment was announced in April, adding Kentucky, West Virginia and Missouri to the Atlanta consulate’s footprint on Aug. 15, along with a staff increase.

Previously, the Atlanta consulate’s territory was Mississippi, Alabama, Georgia, Tennessee and the Carolinas. Louisiana and Arkansas are served out of the Houston Consulate.

Federations and other groups in Alabama and Mississippi that work with the Consulate were not yet aware of the change. Ariel Roman-Harris, director of media and cultural affairs at the Consulate in Miami, said a formal announcement had not yet been made as “we’re still in the transition period” with a new Consul General and a departing Deputy Consul.

“We’re very thrilled about the change” and “very keen on learning about the region,” Roman-Harris said. “We’re taking the torch from Atlanta and we’re going to run with it.”

For Israelis living in Alabama and Mississippi, the shift means traveling to Miami instead of Atlanta for Consular services.

Laura King of Huntsville said the Alabama-Israel Task Force has “enjoyed good relations with both the previous and now current ambassador in Atlanta, and I believe we can do the same in Miami. We hope to continue to enjoy good strong support from them for our future mutual goals, especially pushing the Alabama Israel ties that bind.”

She said the Miami Consulate will be pleasantly surprised to find strong support for Israel from the Christian community in Alabama and Mississippi.

Mississippi Development Authority Executive Director Glenn McCullough, Jr., said “Mississippi values our steadfast relationship with the nation of Israel and the country’s consulate in Atlanta. We look forward to building even stronger cultural and economic ties in the future with the Miami Consulate.”

Before this change, the Miami Consulate was responsible for Florida and Puerto Rico.