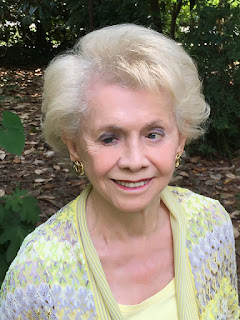 When “March of the Living,” an annual student trip to Poland to visit Holocaust sites, opened to adults in 1994, Birmingham’s Betty Allenberg Goldstein signed up. “It was life-changing,” she said.

She came back with a passion for Holocaust education, and on Aug. 21 will be the honoree at the Birmingham Holocaust Education Center’s L’Chaim gala.

As a friend and longtime supporter of the BHEC, Goldstein has worked behind the scenes for years to raise awareness of the importance of Holocaust education.

“Anyone who knows Betty Goldstein knows that her energy and enthusiasm are boundless,” said L’Chaim co-chair Joel Rotenstreich. “Betty is a giver, doer, goer, helper, and more. She is all heart, and the first one there.”

As part of the 1994 trip, she visited Auschwitz with a group from Birmingham. “I haven’t been the same since,” she said. “I became interested in the BHEC because their mission is to eradicate the hatred and intolerance that are rampant today. What they’re doing is more important than ever. They work hard to teach tolerance to schoolchildren. We have to start when they’re young, so when they become adults, they won’t have prejudice in their hearts.”

The event will be at the Morris Sirote Theatre at the Alys Stephens Center, which has a personal connection. She and Sirote attended the center’s groundbreaking in 1993, and she suggested that he consider endowing one of the performance venues there. He did so, and the 350-seat theater bears his name.

“Morris would be so pleased to know that the BHEC chose this theatre for the L’Chaim event this year,” said Goldstein.

Goldstein is particularly impressed with students’ creative expressions in response to Holocaust studies. “You can tell that children have really learned the lessons of the Holocaust when they create art, poetry, and performances that tell the stories.”

In Goldstein’s honor, this year’s program will feature scenes from “I Never Saw Another Butterfly,” a play about the children of the Terezin concentration camp, performed by drama students from Benjamin Russell High School in Alexander City.

Dominique Linchet of the Alabama School of Fine Arts will give a teacher’s perspective.

The event also features the favorite music of the honoree each year, and Goldstein immediately requested Frank Sinatra. Pianist and vocalist Ray Leach will perform Sinatra standards, along with Cantor Jessica Roskin.

For Goldstein, Sinatra songs bring back happy memories of her long relationship with Sirote, Goldstein’s significant other for 17 years. She and Sirote traveled extensively together and especially enjoyed seeing Frank Sinatra perform. “We loved dancing to Sinatra’s songs,” she said.