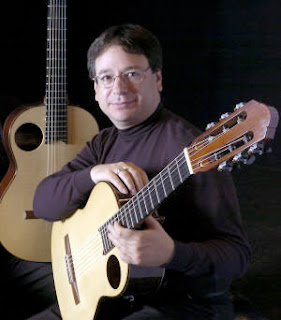 Cantor Jessica Roskin of Birmingham’s Temple Emanu-El said it is rare for a congregation to have the opportunity and ability to commission an original musical composition, let alone an entire service. On Aug. 26, Emanu-El will hold the world premiere of “The Klezmer Shabbat Service,” composed by Alan Goldspiel, who chairs the Department of Music at the University of Montevallo.

Goldspiel said he was going on sabbatical and wanted to compose a Klezmer-style service. He approached Roskin to see if she knew of anyone who might be interested in commissioning such a work.

As it turns out, Roskin was looking to commission a piece in recognition of the Ruth and Marvin Engel Cantorial Chair at Emanu-El. Goldspiel recalled, “I spoke maybe three seconds” before Roskin jumped at the idea.

Roskin explained that the cantorial chair “ensures that we will always have the funds available to have a Cantorial position at Temple Emanu-El, and to provide monies for cultural arts programming and a professional choir during the High Holy Days.”

The work, she said, will be in honor of the Engel family and “a tribute” to the Birmingham Jewish community.

A classical guitarist, Goldspiel moved to Montevallo in 2008, after 13 years teaching at Louisiana Tech University. Goldspiel has performed world premieres at New York’s Carnegie and CAMI Halls, been featured on NPR radio stations from coast to coast, and performed in the critically acclaimed Goldspiel/Provost Duo. He has been a soloist with the Chamber Orchestra Kremlin, Monroe Symphony Orchestra, Vermont Philharmonic, Sinfonie-by-the-Sea, Red Mountain Chamber Orchestra, and he served as an Artist-in-Residence for North Carolina’s prestigious Visiting Artists Program, presenting over 80 concerts throughout that state.

He was the 2013 recipient of an Escape to Create Residency in Seaside, Fla., and was awarded the 2014 Alabama Music Teachers Association State Composition Commission.

In June, the Alabama State Council on the Arts awarded him a music fellowship grant, saying “Goldspiel’s compositions exhibit a variety in thematic melodies that are well suited for musicians and audiences. His work is imaginative and explores new musical ideas.”

His Klezmer odyssey began six years ago, when the Birmingham Holocaust Education Center asked him to perform Klezmer music at the opening of the “Darkness Into Life” exhibit.

“I said I don’t play Klezmer music,” Goldspiel said, but Deborah Layman insisted that is what they wanted. “Of course, I’d heard Klezmer music before, I just didn’t play it.” He put together a trio, but “getting musicians who had never heard it before to play it was a challenge.”

The trio soon became a quintet, the Magic Shtetl Klezmer Band, and has since played numerous times in the region.

“I became fascinated with” Klezmer, he said. “It had touched a part of who I am” after being a “stranger in a strange land” as a New Yorker in the South for so many years.

For his sabbatical, he wanted to “do something that puts everything together that I’m interested in.” But he figured it would be an odd mix — Klezmer and the sacred? Klezmer and classical guitar? But it all came together in an 18-composition service, done in the Reform tradition.

Another challenge was working with Hebrew texts in a musical form that took its phrasing and inflections from Yiddish. He visited YIVO in New York to gain more historical understanding of Klezmer, and came across the “holy grail” of recordings on Edison cylinders, where people “went out into the fields in Eastern Europe and made recordings of people singing Klezmer tunes.”

The research and composition took about a year, but he had to complete four pieces for a “taste” in January. The 18 pieces total about 55 minutes of music, “a significant undertaking,” he said.

The Klezmer Shabbat Service is scored for a soprano soloist, accompanied by a four-part choir and five-part band of violin, clarinet, classical guitar, stand-up bass and drum set.

Roskin will be the soloist, and Paul Mosteller will conduct the 12-member choir and the ensemble. Some pieces are for the entire ensemble, while others are for a soloist and a single instrument.

Though there aren’t any additional performances scheduled, Goldspiel said he would love to take it elsewhere. He also plans to write more music in Jewish styles, including a “more introspective” Shabbat service.

Roskin said “this musical work will always be associated with our Temple, and will be noted by the other congregations who perform it around the country.”

There will also be a Grafman Legacy Luncheon to meet Goldspiel and learn about the service, Aug. 25 at 11:30 a.m. Lunch reservations are requested by Aug. 22, with a $10 suggested donation.