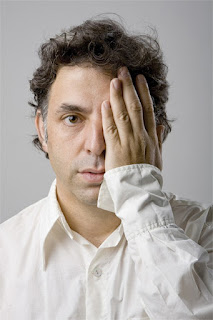 Leading Israeli writer and filmmaker Etgar Keret will be the first speaker in this year’s Cathy and Morris Bart Jewish Cultural Arts Series at the Uptown Jewish Community Center in New Orleans.

Considered “the voice of young Israel,” Keret will speak about his best-selling book, “The Seven Good Years,” on Sept. 19 at 7 p.m. The event is free and open to the community.

His books include “The Bus Driver Who Wanted to Be God,” “Missing Kissinger,” “The Nimrod flipout,” “The Girl on the Fridge” and “Suddenly a Knock on the Door,” which became an instant No. 1 bestseller in Israel. In the memoir “The Seven Good Years,” he contemplates moments of his life against a backdrop of constant conflict, casting an absurd light on both the monumental and mundane. The seven-year time-frame begins with the birth of his son, while the doctors at the hospital are preoccupied taking care of the wounded from a terror attack, and ends with the death of his father from cancer.

Salman Rushdie called Keret “a brilliant writer… completely unlike any writer I know,” and the New York Times called him “a genius.”

Keret has received the Book Publishers Association`s Platinum Prize several times, the Chevalier medallion of France’s Order of Arts and Letters, and has been awarded the Prime Minister`s Prize and the Ministry of Culture`s Cinema Prize.

Keret’s stories even inspired Polish architect Jakub Szczesny to build in Warsaw the narrowest house in the world, at 38 inches wide. The house was named after Keret, who will be using the house for several years.