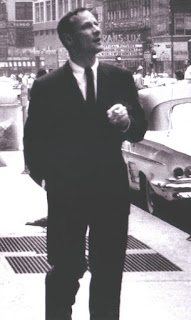 How is it that the Jewish authors of the Christmas standard “Home for the Holidays” also wrote “War Eagle,” one of Auburn University’s most beloved songs?

That’s an easy answer for Patty Allen, as she described her late husband, Robert Allen, as a true “renaissance man.” And she’s accustomed to getting calls about the Auburn fight song from ESPN and others, as she’s the copyright holder after the Auburn Alumni Association somehow neglected to renew it in 1983.

Undoubtedly, the lives of the Jewish composer and lyricist pair of Allen and Al Stillman changed forever after they were given a one-day deadline in 1954 to write what would become one of the world’s most treasured Christmas songs.

It was around the same time Allen and Stillman were working on that Perry Como hit that wealthy Auburn booster Roy B. Sewell decided Auburn needed a new fight song, and calling professionals in New York was the way to go about it.

The existing song, “Auburn Victory March,” included lines like “We’re the drilling, shrilling, thrilling, willing Auburn boys” and “We are game, all the same, Are we down hearted boys? Well I should say “No!”

After giving the fans and students a try at coming up with something more contemporary, Sewell gave up and called New York, to commission two of the most respected, successful songwriters, “to express the spirit which has sparked the Tigers’ amazing football comeback.”

Allen and Stillman already did have an amazing reputation.

Stillman had collaborated with a number of notable composers, including George Gershwin, was a staff writer for Radio City Music Hall, co-wrote “I Believe” for Jane Froman’s show, which became the first hit song ever introduced on TV. He also co-wrote “Jukebox Saturday Night,” a hit for Glenn Miller. He did the scores for “Virginia” and a number of other stage ice spectaculars that were so popular in the late ‘30s and through the ‘40s.

Allen started writing for television shows, composing for “The Colgate Comedy Hour,” and is credited with the closing song for “Perry Como’s Kraft Music Hall” and “Sing Along” for Mitch Miller’s “Sing Along with Mitch.”

Still, he attained his greatest success through his collaboration with Stillman. Como’s “To Know You (Is To Love You)” reached No. 19 on the Billboard charts.

Their greatest initial project, “Home for the Holidays” was no theological issue for Allen, it was just a job. His wife Patty explained that Allen had an unfortunate experience with a bigoted neighbor when he was age five, and he remained strong in who he was.

Decades later, Allen collaborated with black artists in Detroit and saw first-hand how they were discriminated against when hoteliers wouldn’t let them stay in the same establishment. He didn’t put up with it.

In the late 1950s Allen went on to have huge hits with Johnny Mathis, including “Chances Are,” “It’s Not for Me to Say” and “Teacher, Teacher.” The Shirelles took “Everybody Loves a Lover” to No. 19 on the charts in 1962. Billie Holiday recorded her take on “It’s Not for Me to Say” in 1959, and it’s since been covered dozens of times, from Paul Anka to Barry Manilow, to She & Him just two years ago.

A long career in music followed, with soundtracks, more album compositions, and the score and production of a 1963 benefit album for the United Nations which included Judy Garland, Sammy Davis Jr., Bing Crosby and Carol Burnett. His work was included in the soundtracks of “Tin Men,” “Close Encounters of the Third Kind,” “Chances Are” and “Goodfellas,” among others.

Today, the American Society of Composers, Authors and Publishers presents the annual Robert Allen Award to aspiring songwriters in the pop or jazz genres. Allen was a recipient of its Lifetime Achievement Award in pop music.

Without a doubt, Sewell knew, after gaining permission from officials at Auburn (then called Alabama Polytechnic Institute), that calling the man Newsweek magazine had proclaimed “the most popular songwriter in America” would result in a hit, even if it wasn’t meant to appear on any Billboard chart. He was footing the bill, after all. And sure enough, when Allen and Stillman delivered “War Eagle,” Sewell declared it “a peach of a song.”

While Sewell heartily approved, legendary coach Shug Jordan’s reception of it was reportedly a little more tepid — and the Montgomery Advertiser deemed it “anemic” and better suited “for the Ladies’ Aid Society, not Auburn.”

Hubert Liverman, who was then the head of Auburn’s music department, agreed with Sewell about its merit. His opinion was that it was “very, very good — extremely good — and that we ought to use it.”

Though “War Eagle” made its first major debut at the Auburn-Chattanooga game on Sept. 24, 1955, it was performed by the Jordan Vocational High School band of Columbus, Ga., as classes at API did not begin until Sept. 26 that year.

John H. “Pete” Mosley, class of 1958, wrote to Auburn Magazine in 2012 that he was there when then-director Burton Leidner passed out the music to “War Eagle” for the first time.

Mosley and his classmates had been loyal to the old Auburn Victory March and were reluctant to try the new tune. He said it was “none too exemplary for a peppy and winsome tune. In fact, the words had the expression, “give ‘em hell, give ‘em hell, stand up and yell.” But as they played it over and over, faster and louder, “it began to take on new life… it was apparent that we had found an Auburn treasure that would resonate around the world.” Even today, the arrangement the band plays is faster and more staccato than the original.

After each score (and countless other times), the Auburn University Marching Band performs its official fight song, “War Eagle,” and the Samford Hall carillon on campus rings it each day at noon. But today, few among the thousands who sing “War Eagle, win for Auburn, Power of Dixieland!” on any given fall Saturday would imagine that those words came from a couple of northerners who were best known for writing pop music standards.