“When Modern was Contemporary” at the Mississippi Museum of Art 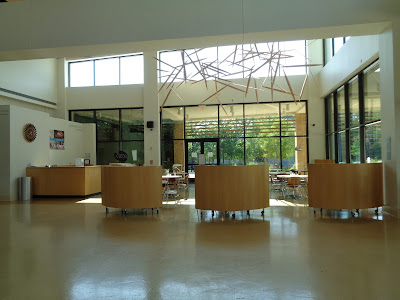 Roy R. Neuberger lived to 107, and was described by the New York Times as a stock trader who “built up one of Wall Street’s most venerable partnerships and one of the country’s largest private collections of 20th-century masterpieces.” It’s part of that very collection that Jackson’s Mississippi Museum of Art was chosen for as the first venue for the “When Modern Was Contemporary: Selections from the Roy R. Neuberger Collection” traveling exhibition of 52 works.

Neuberger collected copious amounts of art beginning in the 1930s with the idea that he would only purchase what he truly enjoyed. Keeping acquisition details in a notebook, the MMA has on display one ledger account of Neuberger’s relating to the Jackson Pollock “Number 8” that’s also included in this show. Careful with the details, he dutifully specified medium, dimension, date, position of signature, gallery, cost and insurance valuation for his acquisitions.

One of the more interesting objects in the exhibit is this very journal, opened to the page in which Neuberger enters the specifics of his purchase of Jackson Pollock’s “Number 8,” 1949. Price? $800. In 2013, Pollock’s “Number 19” was sold at a Christie’s auction for over $58 million.

In 1965 an anonymous offer of $5 million, later discovered to be from Nelson A. Rockefeller, was made to purchase Neuberger’s collection, but was rejected as Neuberger believed in keeping art available for public access. Rockefeller later offered to have New York build a museum, and those first 108 pieces became the Neuberger Museum of Art at Purchase College State University of New York (now home to a permanent collection of more than 6000 pieces) which opened in 1974. The exhibit at the MMA comes from that gift.

Neuberger gifted works he acquired to more than 70 institutions.

The pieces now on display at the MMA through Oct. 30 include more than 50 works by important artists including Alexander Calder, Willem de Kooning, Georgia O’Keefe, with a significant number — at least 17 — by Jewish artists, including Rothko, Lee Krasner, and Max Weber.