From Miami to the Deep South: Israel Consulate impressed on first visit 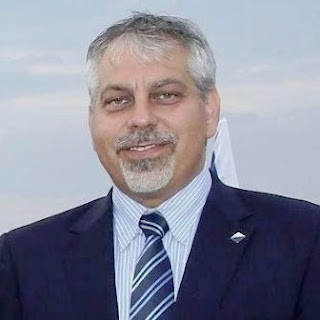 With the recent realignment of Israel’s Consulates in the United States, Alabama and Mississippi were shifted away from the Atlanta Consulate in August and are now being served by the Consulate in Miami.

That’s fine with Consul General Lior Haiat, who assumed the post in Miami in February. “We got the three best states” in terms of support for Israel.

Israel’s Ministry of Foreign Affairs announced in January that it would be closing the Consulate in Philadelphia as a cost-cutting move. With that, a realignment was announced in April, adding Kentucky, West Virginia and Missouri to the Atlanta consulate’s footprint. The shift of Alabama and Mississippi to the Miami Consulate became known mid-summer and was effective on Aug. 15.

The Atlanta Consulate retained Georgia, Tennessee and the Carolinas. Louisiana and Arkansas are served out of the Houston Consulate.

Accompanied by Deputy Consul General Guy Gilady and Director of Economic and Political Affairs Lisa McClaskey, Haiat made his first visit to his two new states on Oct. 20 and 21.

“We didn’t know what to expect,” he said. “What we saw was impressive.”

Noting that Jewish education is the key factor to maintaining Judaism in small communities, he was “really impressed” by the N.E. Miles Jewish Day School in Birmingham, especially the technology being used there. “I’ve been to a lot of places in a lot of Jewish communities in the world. I’m not sure I’ve seen anything close to it.”

In Mississippi, he met with Governor Phil Bryant, who is about to take his third trade mission to Israel in a 25-month span. That is “probably a record” for a U.S. governor, Haiat said.

The trip, which will be from Nov. 27 to Dec. 1, is being coordinated around the NEXTECH 2016 Conference for Cybersecurity and the defense sector. Held in Be’er-Sheva, it is the most significant conference and exhibition for cyber technologies outside of the United States.

He wanted to be sure and meet Bryant before seeing him on the mission in Israel, and to help coordinate things for him and the companies on the trip “to make this visit the best possible.”

Haiat also met with Alabama Governor Robert Bentley, and invited him to visit Israel. During his Alabama visit, Haiat was told about how Alabama was the first state to call for the establishment of Israel, through a 1943 resolution in the Legislature.

The Consulate also established relationships with media outlets in the two states and a few individuals and groups that work on strong ties between the region and Israel. He noted the strong support Israel has in the Christian community in the two states.

Haiat said they need to come back to the area soon, stay longer and visit with many of the smaller communities.

A native of Petach Tikvah, just down the road from Birmingham sister city Rosh Ha’Ayin, Haiat served as the department director of Mexico, Central America and the Caribbean Islands at the Israel Ministry of Foreign Affairs in Jerusalem for two years before arriving in Miami. He has also been spokesperson at the Israeli embassies in Spain and Argentina.

As a close friend of Opher Aviran, the former consul general in Atlanta, Haiat has been getting information on the two states and “how we can maintain the great work (the Atlanta Consulate) has done over the years, and maybe find a few more topics we can work on.”