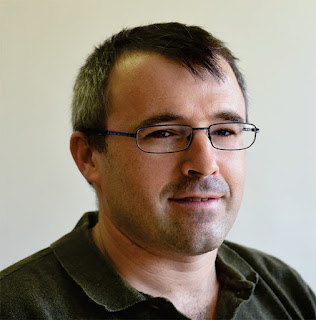 Israel is known as the start-up nation, and Joshua Schroeder is at the intersection of high-tech innovation and medical breakthroughs.

Schroeder, a senior orthopedic surgeon at Hadassah Medical Center in Ein Kerem, will speak in Birmingham and New Orleans as part of a tour that will also bring him to Atlanta, Nashville and Richmond.

For Hadassah, Schroeder is truly a home-grown talent, as he was born at Hadassah Hospital-Mount Scopus.

An officer in the IDF, Schroeder is an expert in spinal robotics and the use of stem cells to speed healing. He is the lead surgeon in multidisciplinary spine surgeries at both of Hadassah’s campuses.

He is part of the trauma team of Jewish and Arab surgeons who deal with terror attacks and road side accidents, and treat patients from all backgrounds.

In his practice, “We see cases that people don’t usually see in the Western world, and we give them first-level care.” Many involve more than one medical specialty and require a collaborative effort among doctors to find the best solution.

They can “bring things together that really push the limits of Western medicine,” because they have “good resources and a very interesting patient population.”

Earlier this year, his team saved a three-year-old Palestinian boy from Gaza from permanent paralysis in a highly unusual six-hour surgery. The child had developed a large, rare tumor in his chest that had wrapped around the spinal cord, deforming his spine and causing respiratory problems.

Schroeder used weights to stretch the spine, making access to the tumor easier, then removed the benign tumor and one vertebra, then realigned and straightened his spine.

He said no one in the West would have a tumor get to be that size without treatment, but many areas in the Middle East do not have easy access to good health care.

Another recent case that made the news was a six-year-old girl with Down’s Syndrome, who fell and injured her neck, paralyzing her hands and legs. A surgical fusion procedure elsewhere after her fall led to pressure on the spine, causing the paralysis. Schroeder and the head of surgery at Hadassah, Leon Kaplan, developed a multi-stage plan involving a procedure that only Kaplan does. It included cutting away part of the spine, releasing the previous fusion and performing a new one.

She can now walk again.

“You get these cases and say ‘what do you do’,” Schroeder said. Such cases aren’t coming in every day, but they do get more than their share of them. “There are plenty of backaches around, but these cases keep things interesting.”

They also get a lot of cases where they are the second opinion.

His practice sees a high proportion of Palestinians because so many work in the construction industry, with its higher rate of injury. They also see children who are injured by falling off unfinished buildings, as the Palestinian areas have different building standards.

He cautioned that medicine is still far from repairing paralysis and spinal cord damage, but they are working on different treatments.

Over the next 20 years there will be tremendous change in medicine and surgery, he said, with computer-based surgery and different types of navigation being developed.

Innovations like robotic cars are “coming from our part of the world,” along with virtual reality, augmented reality, three-dimensional printing — all of which can have medical applications. “Take your imagination to the next level,” he said, and “push things forward.”

He said the main benefit to robotic surgery is accuracy and reproducibility.

“Surgery has always been considered an art more than an exact science, but when it comes to surgery we want to try to reproduce results as equal as possible.”

The computer and robotics can “direct you where you need to go with a high degree of accuracy.”

On Nov. 13 he will speak at the Hadassah Birmingham centennial Tzedakah event, held at the Grand Bohemian Hotel at 2 p.m.

In New Orleans, he will be speaking at private homes. All three presentations — Nov. 16 at 3 and 7 p.m., and Nov. 17 at 9 a.m. — are open to the community. The evening event is a dessert reception where local orthopedic doctors are also invited. For locations, contact Charisse Sands, (504) 231-6464.