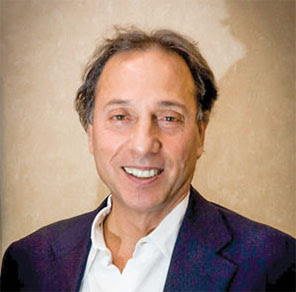 Rabbi Chuck Simon, executive director of the Federation of Jewish Men’s Clubs, will help kick off the Keruv program at Birmingham’s Temple Beth-El the weekend of Nov. 17 with “Understanding Intermarriage.”

The Keruv Initiative is aimed at creating a welcoming, inclusive environment in Conservative synagogues for interfaith families, and was formed by the national group in 1999. The Initiative has facilitated in-depth discussions at over 60 congregations in North America, also conducting rabbinic think tanks and lay consultant training.

According to FJMC, the Keruv program “recognizes intermarriage as a reality that congregations must confront as they face the future,” as more than one-third of American Jews are married to non-Jews, and close to half of “recent” marriages in the Jewish community are between a Jew and non-Jew.

The initiative is not about conversion or preventing intermarriage, it focuses on congregational and communal approaches once intermarriage occurs, and how to be more welcoming to those couples.

For years, the Conservative movement has grappled with the issue of how to encourage in-marriage yet remain welcoming to those who marry non-Jews, and what level of participation in congregational life should be reserved for those who are Jewish, and to what extent a non-Jewish spouse can participate.

The Rabbinical Assembly’s guidelines state that a Conservative rabbi may not officiate an intermarriage.

At 5:45 p.m., there will be the monthly Shabbat Ruach service, followed by a traditional Shabbat dinner catered by Oven to Table by Tamara Goldis. Reservations are due by Nov. 9 and are $10 for adults, $5 for ages 5 to 13.

On Nov. 19, there will be a breakfast and educational session, “Intermarriage and the Future of Our Community” at 9 a.m. Services, led by supporters of the Keruv program, will begin at 9:30 a.m., with an open conversation on intermarriage, led by Simon and Rabbi Barry Leff, during the service. A Kiddush lunch will follow, catered by Roz Bloomston. At 12:30 p.m., there will be an educational session, “Grandparenting in an Intermarried World.”

Havdalah will be held at 6:30 p.m. at Rushton Park, across from Rojo Restaurant. After Havdalah, there will be a social evening at Rojo, with dinner, a cash bar and door prizes. The evening is an adult program, and reservations for $10 are due by Nov. 9.