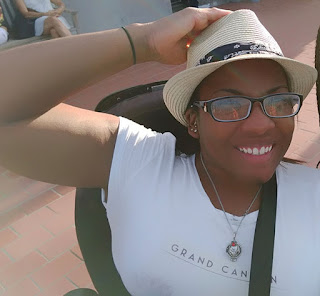 This is an important anniversary for the Birmingham Jewish Foundation — we just celebrated our 5th anniversary of working with Camp Dream Street to help them grow their endowment. Dream Street is a free camp for special needs children on the grounds of Henry S. Jacobs camp, the Union for Reform Judaism’s camp in Utica.

We at The Foundation love working with Dream Street. They have wonderful teen volunteers who serve as counselors. They have incredible doctors, nurses, therapists and other professionals from throughout the country who also volunteer their time. They have generous supporters and their volunteer Board and professional leadership set new standards for dedication. Most of all, the kids are an inspiration — the joy and magic that is created each summer at Dream Street is hard to describe.

I received the following letter from Miracle Buckley, former camper and current staff member. She lives in Jackson and is a student at Holmes Community College in Ridgeland. What she wrote best illustrates why my office and my leadership are so thrilled with our partnership with Dream Street:

“I always knew that I wanted to help people; I just did not know in what capacity. I was born with sacral agenesis, which is a rare disability that mainly affects the development of the vertebrae and the tailbone. This disability led to the amputation of my legs when I was seven. The doctors used the bones from my legs to build a makeshift spine.

“Being born with a disability is not an easy feat. It definitely adjusts a person’s meaning of “normal” or it can eliminate the word entirely. However, my parents always believed in teaching me to have a “can-do” attitude. My parents’ encouragement over the years was one of the reasons that when I was seven, they allowed me to go to Camp Dream Street. Dream Street is a five-day, four-night camp for children with physical and some mental disabilities. This camp gives children with disabilities the opportunity to experience “normal” activities, such as swimming, boating, horseback riding, etc. I attended Camp Dream Street as a camper for 10 years, five years on the staff and two years as an occupational therapist assistant.

“When I started out as a camper, I always felt at home. I did not have to worry about people staring at me or thinking I was odd because every camper there had a disability. I never wanted to miss a year, which is why I went on to do the Great Expectations program. GE is a program for the older participants in high school. This program gives the older participants a chance to be role models for the younger group. Even after my two years of this program I still was not ready to let it go. Not every camper gets the privilege to be on the staff, but I was one of the lucky ones to get to see the behind the scenes of camp. It was very different from being a camper, but it was a chance for me to help give these kids the same joy and similar experiences I had. It was not until my second year on the staff at Dream Street that I finally knew my calling.

“At the camp, there is a song session when all campers are allowed to use some musical instrument. There was one camper who was not able to bend her hands, but she had the ability to move her arms up and down. All she wanted to do was play hand bells. The occupational therapist (OT) at camp would help campers participate in all of the activities. The OT saw what the camper wanted and she had the brilliant, yet simple idea to use Velcro on the bells so they could be slipped over her hands. The smile on her face was beaming and she almost cried because she was so happy, and all the camper had to do was move her arms up and down and she was able to play the bells. When I saw her smile and felt her happiness I knew that that kind of joy was something I wanted to help children with disabilities achieve.

“After camp that year, I changed my major and started on the journey towards becoming an occupational therapist. This year I was accepted into an OTA program and will continue until I reach my goal. This camp helped shape and mold me into the person I am today. Even though it is only once a year, that is one week where a person does not get to think of themselves. It is not about our issues, it is about giving all of those children a chance to forget about their disabilities and to remind them that they are just kids, no matter what their impairment might be.”

To contribute to the Camp Dream Street Fund at The Birmingham Jewish Foundation, contact Sally Friedman at (205) 803-1519.

Sally Friedman is executive director of the Birmingham Jewish Foundation