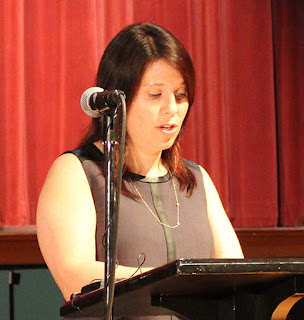 The 2017 Maccabi Games at the Levite Jewish Community Center are being hailed as one of the biggest events in the history of Birmingham’s Jewish community.

It will also be the local last hurrah for one of those who spearheaded landing the games for the community.

After the August event, Betzy Lynch, executive director of the LJCC, will become the new CEO of the San Diego Jewish Community Center.

Her departure was announced in a letter to the LJCC membership on Nov. 18, by LJCC President Alisa Nadler and Vice President Allison Weil.

Lynch moved to Birmingham in late 2012. She had been assistant executive director of the Memphis JCC since 2004, and directed the Maccabi Games in Memphis in 2012. At the time, she said the idea of Birmingham hosting the Games was “not too far out of reach.”

The Games attract over 700 Jewish teens from across the country and around the world for an Olympic-style week of competition.

Nadler said Lynch “has given us the gifts of dedication and passion, to make our LJCC better than it was the day she stepped inside.”

The LJCC recently adopted a five-year strategic plan, and will begin a search process for Lynch’s successor.

“It’s not easy to see Betzy and her family leave,” Nadler said, urging the community to wish them “a safe journey and a rewarding and meaningful next stage in their lives.”