In Nola, building “singing communities” to enhance the synagogue experience 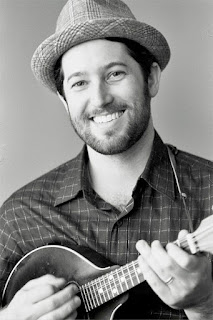 Joey Weisenberg, who travels the country to build “singing communities” in the Jewish world, is bringing his philosophy to a city where music is woven into daily life.

Touro Synagogue in New Orleans and Shir Chadash in Metairie will host Weisenberg and the Hadar Ensemble for a Shabbaton the weekend of Dec. 9.

Weisenberg is the Creative Director of the Hadar Center for Communal Jewish Music, and is the author of “Building Singing Communities.” He’s a multi-instrumentalist musician, singer and composer who has performed and recorded internationally with dozens of bands in a wide variety of musical styles.

Deborah Mintz, director of education and family programming at Shir Chadash, started singing with the ensemble in the fall of 2012 while she and her husband, Cantor David Mintz, were living in New York.

Around the time David Mintz became cantor of Touro and they moved to New Orleans in 2014, Weisenberg relocated to Philadelphia. Deborah Mintz would continue to travel to New York a few times a year to participate in workshops and recording sessions, but they missed hearing his music on a more regular basis.

They had talked about bringing the group to New Orleans, and then at Mardi Gras last year, Susan Good approached the Mintzes, having viewed several of the videos that also featured Deborah Mintz, and floated the idea of having the group come to New Orleans.

Deborah Mintz said Weisenberg’s compositions work “in many denominational settings,” as will be demonstrated at the Reform Touro and Conservative Shir Chadash. “It’s a great opportunity for two congregations of two denominations to collaborate over the common ground of these melodies.”

Though still relatively early in his musical career, his compositions are mentioned as potentially being the next Shlomo Carlebach or Debbie Friedman in terms of influence.

“We’re so excited to have them” in New Orleans, David Mintz said.

Deborah Mintz explained the concept of “singing communities” in that each week, people come to the synagogue to sing and make music with each other, and that music “can be brought to a higher level is we are able to learn tools to enhance the ways we do music” and make it “more powerful, more uplifting.”

His aim is to make music more accessible and the spaces more intimate and connecting.

The Hadar Ensemble will be guest musicians for Touro’s 6 p.m. Shabbat service on Dec. 9. “They will be bringing tremendous spirit, energy and artistry to help the sound of our prayers truly fill our chapel, David Mintz said.

While the ensemble is at Touro, Weisenberg will be at Shir Chadash for a “nigun-infused” Shabbat preparation and service starting at 6:15 p.m., followed by Shabbat dinner and “Transformation of a nigun,” how to explore the soul of any melody.

On Dec. 10, Weisenberg will speak at Shir Chadash on “The Architecture of Listening,” exploring the interaction between physical space and spiritual music, during the 9:30 a.m. service.

After lunch, he will lead “The Torah of Music,” using musical-spiritual texts.

The weekend will conclude with a community concert with Weisenberg and the Hadar Ensemble at Touro Synagogue, Dec. 10 at 8 p.m.

David Mintz said the Touro concert will be more of a traditional concert experience, but with many of Weisenberg’s compositions being used at Touro and Shir Chadash, “it will be highly participatory.”

There will also be selections from the new album performed live for the first time, Deborah Mintz said.

Events at Shir Chadash are underwritten by the Sandy Kahn Memorial Lecture Fund.