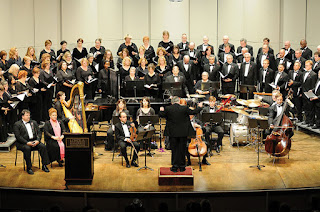 After several years of performing Handel’s “Messiah” at this time of year, the Symphony Chorus of New Orleans is taking on a different Handel work as Chanukah approaches.

“Judas Maccabaeus” is Handel’s telling of the story of Chanukah, the Jewish people retaking the Temple in Jerusalem from Greek domination, and the rededication of the Temple.

Fittingly, the performance will be at Temple Sinai on Dec. 11 at 7 p.m.

George Frideric Handel composed the oratorio in 1746, based on a Thomas Morell libretto. He wrote it to celebrate the English victory at Culloden that ended the Jacobite Rebellion.

The first act mourns the death of Mattathias, then the people rally under the leadership of his son, Judas Maccabaeus.

The second act celebrates victory, tempered with a threat from the Selucids — but the Maccabees are victorious again. The third act culminates with “O lovely peace” as an alliance is struck with Rome against the Selucids.

After its first performance in 1747, it became one of Handel’s most popular works.

The chorus does five or six performances per year, with two of them being what could be considered classical choral productions.

Chorus President Hank Fanberg said they perform in a number of venues around the city, and “we were looking at a number of locations” for this performance. “Judas Maccabaeus and Temple Sinai, that’s a pretty good match.”

In March, Fanberg attended the Bryan Hymel benefit concert at Temple Sinai, and that got him thinking for the first time about the sanctuary as a performance space.

“It’s a marvelous space to perform,” with great acoustics.

He approached the Temple Sinai administration about holding the performance there and was told “absolutely.”

As part of it, “we also got one of our soloists,” Temple Sinai’s Cantor Joel Colman. Other soloists will be Betsy Ushkrat, Monika Cosson and Jonathan Yarrington. Uschkrat, a soprano, is part of Temple Sinai’s professional choir. The Symphony Chorus itself is comprised of about 80 volunteer members.

Colman said the work is “one of the best classical music representations of our Chanukah celebration.”

This won’t be the first time the chorus has performed at Temple Sinai. On Oct. 23 the chorus teamed with the New Orleans Gay Men’s Chorus and the Delgado Community College Chorus to present the regional debut of “Tyler’s Suite.”

The suite is based on the story of a student at Rutgers who killed himself in 2010 following an episode of cyber-bullying, as his roommate set up a hidden camera to catch him in a same-sex relationship and then posted it online.

When Temple Sinai’s administration found out the chorus was also doing “Tyler’s Suite,” they were urged the chorus to perform it there as well. There was also a tie with Temple Sinai’s new rabbi, Matthew Reimer. “Being from New Jersey, he was very familiar” with the events portrayed in the piece, Fanberg said.

General admission tickets to “Judas Maccabaeus” are $25, reserved seats in the first five rows are $45 and the first two rows of the balcony are $55. Tickets are available online, or at the door.