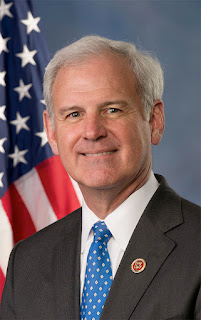 The United States has no stronger ally than Israel. Our relationship has always been strong, both economically and militarily. Israel plays an especially important role in helping us combat radical Islamic terrorism in the Middle East.

In other words, Israel serves as a beacon of hope, freedom and opportunity in a very dangerous part of the world. That is why support for Israel has always been a bipartisan priority shared by Democrats and Republicans.

For decades now, Israel has been in a long running dispute regarding its very right to exist. The dispute is complicated and deeply personal as it is based on religious, ethnic and cultural ties. This struggle has resulted in multiple wars and placed Israel in a constant state of conflict.

Given the importance of the relationship between the United States and Israel and the sensitivities related to the ongoing conflict with the Palestinian Authority, I was deeply disappointed to see the United Nations recently pass a flawed, anti-Israel resolution that will only make it more difficult to achieve peace.

Since 1972, the United States has used our position as a U.N. Security Council member to veto 42 anti-Israel amendments. As the vote grew closer on this most recent resolution, the hope was that the United States would once again use our veto power.

Instead, the United States Ambassador “abstained” from the vote altogether. In other words, the United States turned our back and looked the other way as the U.N. passed a flawed resolution attacking Israel. This represents a dangerous break in a long-standing and bipartisan policy to protect our sole democratic ally in the region from one-sided resolutions at the U.N.

This resolution does absolutely nothing to solve the underlying issues. In fact, it muddies the water and only further complicates what is already a very complex issue. The resolution also failed to make mention of the fact that Hamas, an internationally recognized terrorist organization, continues work with the Palestinian Authority and engage in hostile actions against Israel.

To be clear: no solution to the ongoing problems with Israel and the Palestinian Authority is going to come from an international body, like the United Nations, telling them what to do. Any real solution must come from negotiations between the involved parties.

Given the many blunders from the Obama Administration on the world stage, I guess this most recent action should not be all that surprising. But this action is one of the most irresponsible acts ever by an outgoing president. It will be a dark stain on an already disastrous foreign policy legacy.

Last week, as one of the first actions in the new year, the House of Representatives passed a bill opposing the UN’s anti-Israel resolution and condemning the inability of the Obama Administration to stand up for Israel.

This wasn’t a one sided vote. In fact, 109 Democrats joined with 233 Republicans to pass the resolution with over 340 votes. This is a strong message to our friends in Israel that the United States still has their backs.

Now is the time to stand up for Israel, not turn away from them. It is my sincere hope and belief, that under President-elect Trump, the United States will once again stand arm-in-arm with Israel. This bipartisan resolution was an important step in that direction.