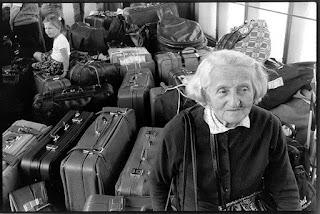 The Birmingham Jewish Federation, Collat Jewish Family Services and Temple Beth-El will have a special screening of the documentary “Stateless” as part of “From Stateless to Settled: Celebrating the Russian Jewish Community in Birmingham.”

The Jan. 22 event will begin with a Russian Tea at 3 p.m. at Beth-El, followed by the film at 4 p.m. It will celebrate the immigration of those in the Birmingham Jewish community who came from the former Soviet Union in the 1980s and 1990s.

The film chronicles the late 1980s, when Soviet Jews were being allowed to leave after many years of refusal. But instead of having “refusenik” status, any Soviet Jews who wanted to go to the United States had to prove a “reasonable fear of persecution.” Having been born into such a system, they didn’t know anything else and did not understand the concept. Because of that, about 40 percent had their refugee status denied, leaving them stateless in Italy.

They still risked everything by expressing a desire to leave the Soviet Union, forfeiting citizenship and all personal property, and if their refugee status was denied, they lost their social status and careers.

The documentary guides viewers through that experience, through the recollections of the emigres, representatives of HIAS, the AJC and the U.S. government. The film also portrays the Vienna to Rome pipeline, the first glimpse at the Western world after a lifetime of communist propaganda.

Director Michael Drob was 10 when his family left Riga, Latvia, and was denied refugee status for 10 months. He was deeply affected by it, even at his young age, and embarked on this film as a way of finding out why that had happened.

Admission is free, but reservations to the Federation are recommended.