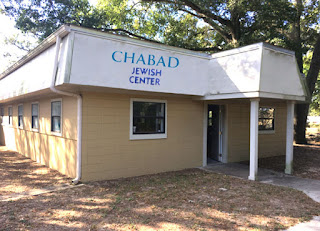 In 2014, Mississippi became the next-to-last state to have a Chabad presence.

Now, just months after it was announced that South Dakota is making it 50-for-50, Chabad of South Mississippi announced its new Chabad House.

“We’ve needed a new space for about a year,” Rabbi Akiva Hall said. “We’ve really outgrown our home,” where most of the Chabad activities have taken place.

The Halls also moved into a new home within walking distance of the new center.

Chabad is signing a five year lease on the building, “which needs a full renovation” to suit their purposes. Hall said they did not want to just take office space, they wanted somewhere they could customize and “really make our own.”

The building needs new floors and paint, Hall said, and they are putting in office space and a kitchen. A couple of divider walls will be built in the main room, to put in classrooms and an area for services or large events. Currently, Chabad offers services only on the holidays, as Hall said the educational and outreach programs are currently the priority.

Hall hopes the building will be ready in time for Purim.

“This will be the first Chabad center in the state of Mississippi,” Hannah Hall said. “We are excited to provide every single Jewish person on the Gulf Coast a place to feel at home; to learn and be inspired and to be proud to be a Jew.”