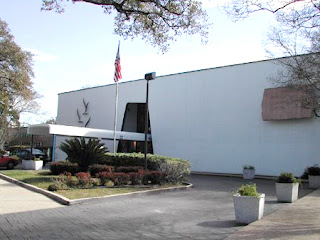 Around 9:15 a.m. the JCC received a recorded phone call about a bomb. Leslie Fischman, executive director of the JCC, said the staff followed protocol and evacuated the building.

Fischman, who was at a meeting in Metairie at the time, said the New Orleans Police Department was called, after which the Department of Homeland Security and the Federal Bureau of Investigation were also brought in.

A sweep of the building was conducted, and the facility was declared all clear about an hour after the initial call.

As of mid-day, this was the only JCC to receive a threat today. In the previous waves, as many as 27 JCCs were called simultaneously.

A Jewish Day School in Durham, N.C. and the Anti-Defamation League’s national office in New York received threats on Feb. 22.

In all, 53 JCCs in 26 states have received 68 calls in the four waves, which have taken place on Jan. 9, 18 and 31, and Feb. 20. Birmingham’s Levite Jewish Community Center received calls on Jan 18 and Feb. 20. Nashville, Houston and Atlanta are among JCCs in the region that have also been threatened.

All of the threats have been hoaxes.

The day after the Feb. 20 calls, the New Orleans JCC told members that they were operating with heightened security and “should we receive a threatening call, we’ll follow our security procedures and communicate with you as quickly as possible following any evacuation.”

Fischman noted that with the other 53 JCCs receiving threats, they practiced their procedures in case they were next.

While the JCC takes “every threat very seriously,” Fischman said “We will not be deterred by acts of anti-Semitism.”

During the incident, Fischman said “Our staff was remarkable. Everyone was calm, everyone remained safe at all times.”

The preschool was also evacuated. “The teachers were prepared, they knew what to do.”

New Orleans Mayor Mitch Landrieu tweeted that the FBI is investigating the threat against the JCC. “Be clear, anti-Semitism will not be tolerated in NOLA,” he said.

Lindsay Baach Friedmann, education director at the South Central Region office of the Anti-Defamation League, located in New Orleans, said this was the first incident of its kind in their region.

Friedmann said the ADL has been in contact with local law enforcement and the JCC. “We have been deeply troubled by the calls coming into Jewish institutions since they began in January and are disturbed that our community is now seeing the impact of such hate.”

Fischman has been executive director for six years and on staff for 21. In all that time, “this has never happened.”

She added, “The JCC has always been a welcoming and safe place, and we’re going to keep it that way.”