Gates of Prayer to honor rabbis of past generations 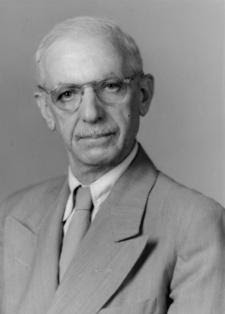 With Rabbi Robert Loewy planning to retire in 2018 after 34 years leading Gates of Prayer in Metairie and Assistant Rabbi Alexis Pinsky leaving this summer, rabbinic history is a topic of conversation this month.

Over four decades after it was supposed to happen, the congregation will dedicate the Eternal Light in memory of Judith and Rabbi Mendel Silber on March 17, and Loewy will speak about Silber’s successor, Rabbi Nathaniel Share, on March 24.

Silber’s granddaughter, Suzie Koch, will speak about Silber, who served from 1913 to 1933, and was rabbi emeritus for many years after that.

The Eternal Light has been in all three of the Gates of Prayer buildings since it was donated by the Hollander family in 1875. When the congregation moved to its current building in 1974, they informed Silber’s family that the light would be dedicated in memory of Rabbi Silber. A formal ceremony never took place, between “the tumult of moving into the new building and the death of Rabbi Share.” That oversight will be corrected on March 17.

After being ordained in 1904, Silber, who was also a medical doctor, had been serving as acting dean and professor of psychology at the University of New Mexico. He took part in a “rabbi swap” with Gates of Prayer Rabbi Moise Bergman, who needed to move to a different climate for his wife’s health.

Gates of Prayer had been founded in 1850 by a group of German Jews, and initially was Orthodox. Its first building on Jackson Avenue was dedicated in 1865 and was recently renovated into apartments.

The congregation gradually drifted to the left, introducing mixed seating, a choir and organ, and readings in German, and later in English.

Silber was the second Reform rabbi for the congregation after it officially shifted from Orthodox, and continued easing the congregation along that transition. He also quickly saw after his arrival in 1914 that the growing congregation needed to have a new, larger building closer to where the congregants were living.

In 1920, Gates of Prayer moved into a remodeled Presbyterian Church building on Napoleon Avenue.

In 1930, Silber made news by purchasing one of the few known handwritten 15th-century manuscripts of the Samaritan Bible, negotiating for several years with a Samaritan group in Nablus. It was exhibited at the public library in New Orleans.

Share started at Gates of Prayer in 1934, retiring in 1974 as the congregation, acknowledging a population shift in the area, decided to move to Metairie.
Share participated in the groundbreaking ceremony, but died three months later.

In 1966, Share was among numerous Southern rabbis who were interviewed about their civil rights era activities, with the promise that the interviews would not be made public for at least 25 years. The interviews were recently published in “To Stand Aside or Stand Alone,” and at the March 24 service Loewy will speak about Share’s interview.

Loewy said “I have always thought of myself as following in the footsteps of these two giants, whose longevity helped to shape the congregation.”

Each service will be at 8 p.m.