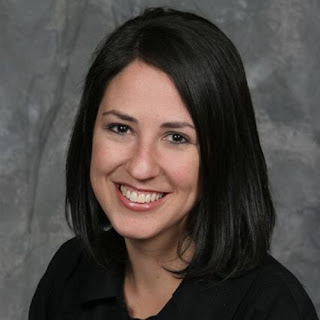 The Jewish Children’s Regional Service “Jewish Roots: Past, Present and Future” Gala on April 1 at the Hyatt Regency New Orleans will carry its theme into the dinner itself by partnering with Creole Cuisine Restaurant Concepts to highlight New Orleans’ culinary institutions, past and present.

Creole Cuisine Restaurant Concepts will present the entire menu for the Gala cocktail reception and throughout a three-course dinner from many of its upscale establishments — Broussard’s, The Bombay Club, Tommy’s Cuisine, Kingfish Kitchen and Cocktails, and special event venue Marché.

The gala will honor all former JCRS presidents and scholarship committee chairs for their leadership and dedication to bettering the lives of Jewish children throughout the South. Entertainment will be provided by the NOCCA Jazz Ensemble led by Michael Pellera.

Marv Ammari, CEO of CCRC, said “We are thrilled to partner with such a fantastic organization as JCRS. Our family of restaurants, like JCRS and its Jewish Children’s Home, share in the history and future of the New Orleans community. We are continuing to grow and expand as JCRS also continues to add new programs and reach more and more of the communities in which we live.”

Each year, the Gala includes a “success story” during the program. This year, Mississippi native Amanda Abrams, chief program and innovation officer at the Marcus Jewish Community Center of Atlanta, will be the speaker.

Ned Goldberg, JCRS executive director, said Abrams “at age 37, embodies not only the profile of a young person for whom the services of JCRS were created to serve, but she also exemplifies a young adult who has taken advantage of every life opportunity to learn, grow, achieve and serve others, especially those in the Jewish community of the South.”

Born in Brookhaven, she was raised in New Orleans by her mother, Margie Weinstein. While growing up, JCRS assisted Abrams and her brothers in attending the Henry S. Jacobs Camp. Later, the agency funded her to attend the University of Pennsylvania.

Abrams holds a degree from Penn’s Wharton School of Business, an MBA degree from the University of Southern California, an MA degree in Jewish Non-Profit Management from Hebrew Union College, and has completed a Performance Management for Non-Profit Organizations program at Harvard Business School.

Prior to her work in Atlanta, Abrams led planning and outreach efforts at the Los Angeles Jewish Federation, served as the first Education Fellow at the Goldring/Woldenberg Institute of Southern Jewish Life in Jackson, and as the program director of Dream Street, an overnight camp housed at Jacobs Camp, devoted to serving children with physical disabilities.

Before joining the Marcus JCC, she was senior vice president of strategy, planning and impact at the Jewish Federation of Greater Atlanta. Abrams has also served as a narrator on some of the JCRS historical and promotional videos.

The evening will also feature a silent auction of once-in-a-lifetime trips to both domestic and international destinations. Fran and Jonny Lake of New Orleans purchased a Paris trip at last year’s gala. “It was our first time to Paris and it could not have been better. We loved it!” they said. Artwork, restaurant gift certificates, stay-cations, and more will also be available for bidding at the silent auction.

This is the sixth year that JCRS has done a “Jewish Roots” gala, attracting several hundred participants from around the region.