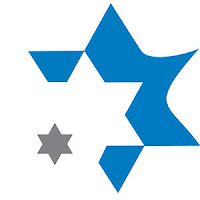 A new award will recognize an outstanding Jewish educator in the New Orleans area.

Michael Weil, Federation executive director, spoke of the importance of Jewish education in ensuring Jewish continuity. “By making this new award, we are expressing our priority for Jewish education and our desire to strive for excellence. We also recognize that all the congregations and all the agencies in our community have a significant role to play in Jewish education.”

The Massachusetts-based Grinspoon Foundation, best known for PJ Library and the JCamp 180 support to Jewish summer camps, does a $500 match from local communities in establishing the award. The honoree receives $1,000 to be used toward future educational enrichment.

The Steeg Family Foundation is providing the local match. Robert Steeg said “I am happy to be able to participate in this award in my mother’s name, because she understood so instinctively and innately the importance to a family of a sound Jewish education.”

The honoree receives a plaque from the Grinspoon Foundation, local and national publicity, listing on the Grinspoon website, an invitation to participate in an online community of practice, and a local award ceremony.

A diverse committee from across the community was formed to establish award criteria and the nomination process, and plan the celebratory event.

“We are so delighted that the Steeg family and the Harold Grinspoon Foundation, working with the Federation of Greater New Orleans, are providing us with the opportunity to highlight and honor outstanding Jewish educators in our community,” said Rabbi Robert Loewy, chair of the committee. “It is our hope that this award will both recognize and enhance the quality of Jewish education in Greater New Orleans.”

Nominated Jewish educators must be currently employed by a Jewish educational institution; have contact hours with the same group of students on a regular basis; exemplify innovative, creative thinking and implementation of teaching methods and materials; have demonstrated an ability to make a positive impact on their students’ lives; and teach Judaica or Hebrew in some format.

There is no required age range of the students being reached by the nominated educator. As a result, nursery schools, day schools, religious schools, Hebrew schools, Melton, and other Jewish educators that meet the criteria are eligible to be nominated.

Nominations for the award can be received from anyone in the community, and self-nomination is permitted. An educator who is nominated by someone else will be contacted to see if they are interested in continuing through the process, and offered an invitation to do so. If they agree, they will complete a secondary form and have the opportunity to share and submit some of their work as part of their application, if they wish to do so.

Nomination forms are available on the Federation website here.