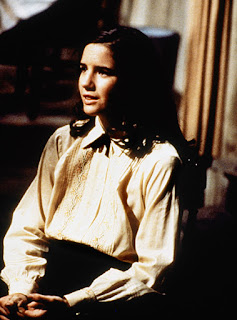 “The Diary of Anne Frank”

“The Diary of Anne Frank” will be part of a three-film series in conjunction with “The Power of Children: Making a Difference,” at the Old State Capitol in Baton Rouge.

Frank, Ruby Bridges and Ryan White will be featured in the exhibit, which will be displayed from April 6 to May 25. Their stories teach about overcoming obstacles and making a positive difference in the world.

“The Ryan White Story” will be screened on April 25 at 7 p.m. In the early 1980s, White contracted AIDS through a blood transfusion. The AIDS crisis was in its early stages and little was known about the mysterious disease, leading to fear and misinformation that White had to face. A world-wide movement arose out of his simple desire to be allowed to attend school.

“The Diary of Anne Frank” will be shown on May 2 at 7 p.m. The 1980 adaptation of the stage play stars Melissa Gilbert. Brendan Karch, history professor at Louisiana State University, will lead a discussion after the film.

“Ruby Bridges,” on May 6 at 1 p.m., is based on the story of one of the first four black first-grade students to attend previously all-white public schools in New Orleans. She was the only black student at William Frantz Public School. A discussion after the film will be moderated by Lori Martin, LSU sociology professor.

Each film has been chosen as family friendly, but parental guidance is recommended because of sensitive subject matter.

The films will be shown in a large-screen format in the House of Representatives room, and the exhibit will be available for viewing before each film.

The Capitol is open Tuesdays to Fridays from 10 a.m. to 4 p.m., and Saturdays from 9 a.m. to 3 p.m. Tours are available for large groups.