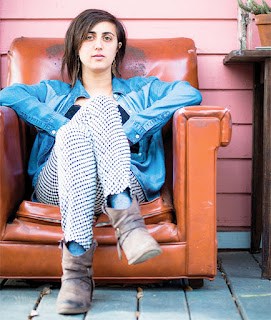 Popups are a current trend, and one in New Orleans is a new twist on a tradition over three millennia old.

My House Social is organizing a Passover popup dinner on April 11 at 7 p.m., at Pret A Fete.

Barrie Schwartz, founder of My House Social, said she worked with Laura Sugerman of Sugerman’s Bagels on a Passover popup at Good Eggs three years ago. “It was amazing, it sold out immediately,” Schwartz said.

In New Orleans, Schwartz said, most people have Seder at home. Alon Shaya does a Passover menu, “but there aren’t many things open to the public,” she said.

This year, they are joined by Shaya’s wife, Emily, owner of Pret a Fete event rentals, who will be hosting the dinner at her warehouse.

The Seder is traditionally-inspired, though there isn’t a traditional Seder plate. On the menu, “everything represents the Seder plate,” she said.

When they announced the event in March, they had space for 35. Tickets are $40.

Schwartz moved to New Orleans in 2011 from Ann Arbor, working as a waitress at Coquette.

She started hosting dinner parties with friends in her house, Eventually they started charging to cover costs, then a bit more, and the demand continued to grow, leading her to form My House NOLA, which recently was renamed My House Social.

She noticed the proliferation of food trucks and festivals, and soon realized that “there is an event planning corporate world” and the world of up-and-coming chefs, and they were existing in separate worlds.

Rather than have conventions rely on the same two caterers, she set out to match events with chefs, creating “customized creative food” and “something different” while making everyone’s lives easier.

“We work with chefs and vendors and customize proposals for weddings, corporate events, conventions,” she said.

For three years, she has teamed with Danielle Lee, a San Francisco native who attended Tulane. They met on an airplane over a copy of “Bon Appetit.”

They organized food trucks for New Orleans Entrepreneur Week in March, and coordinated the chefs for the Grand Tasting at the New Orleans Bourbon Festival.

On April 4 and May 2 they are organizing food trucks for Eatmoor in Broadmoor at the Rosa Keller Library.

The Seder, Schwartz said, will be “a special night at Pret a Fete’s super-cool space in Central City.”