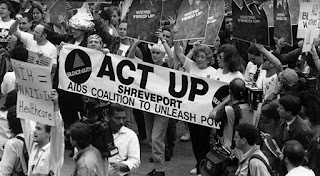 One of the featured films is “Small Town Rage: Fighting Back in the Deep South,” about the activities of ACT UP in Shreveport during the AIDS epidemic. Narrated by Lance Bass of N/SYNC, the film includes Chuck Selber, a member of Shreveport’s Jewish community who was one of three founders of ACT UP. He died in 1991 at the age of 43.

“Lives Restarted” is a documentary about Holocaust survivors who made a new life for themselves in Memphis. It will also be screened on May 3 at 4:20 p.m. and May 4 at 8:30 p.m.

“Cloudy Sunday” is a drama about a Jewish girl and Christian boy from Greece falling in love during the German occupation. Katrina Booras will speak after the May 4 5:30 p.m. screening. It will also be shown on April 30 at 3:50 p.m. and May 2 at 7:40 p.m.

“The Last Mensch” is about an aging German Holocaust survivor who had completely cast off his Jewishness, but goes back to Germany to try and rediscover his past when he was refused his plan to be buried in a Jewish cemetery. It will screen on May 1 at 7:05 p.m., May 2 at 5:30 p.m. and May 4 at 3:20 p.m.

Tickets are $9.50 for evening shows, $7.50 for shows before 6 p.m. RFC members get a $2 discount. A festival pass is $36, including the reception and one admission for each film.