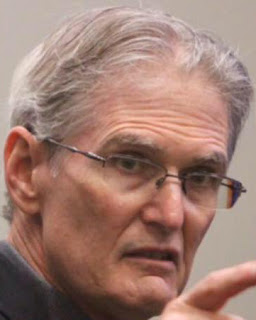 With the departure of Levite Jewish Community Center Executive Director Betzy Lynch in August, the LJCC and Birmingham Jewish Federation are set to embark on an “experiment” in community collaboration.

Richard Friedman, who has been the executive director of the Birmingham Jewish Federation for 34 years, will become the chief executive officer of both the Federation and the LJCC after Lynch leaves.

The proposal went to the executive committees of both institutions and passed unanimously except for one abstention. The Federation board approved the proposal on May 11 and the LJCC board approved it this morning.

According to the resolution, Friedman will serve as CEO until his retirement at the end of his current contract, through Dec. 31, 2019, with no additional compensation beyond his current agreement.

An implementation committee, chaired by Donald Hess, will consist of three representatives from each institution. The LJCC representatives will be LJCC President Allison Weil, Stephen Dorsky and Hilton Berger. Federation President Jerry Held, Hilary Gewant and Lisa Engel will represent the Federation. The committee will work with Friedman “on the day to day decisions that will arise” and report to their respective boards “periodically.”

Held said the committee will not take any governance responsibility from the respective institutions’ boards, “but be a sounding board for Richard as he navigates the natural issues that will arise.”

Hess said Lynch and Friedman have been discussing organizational structures “to make sure everything that needs to be managed is being managed by people with credentials to do that, reporting to Richard.”

Friedman is working side by side with Lynch for the next few months, and said that when she leaves “we will be in place and ready to go.”

Friedman said he is “very excited for this opportunity” and hopes “to be a positive force in moving our community forward, opening new doors, enabling this community to think about our future in new ways.”

About three years ago, David Sher and Lisa Engel embarked on an independent effort, Reimagine Jewish Birmingham. Sher is author of The Comeback Town, which pushes for more cooperation among the municipalities in Birmingham and visioning to improve the metropolitan area.

Engel said the idea was to “listen to the hopes and dreams of folks in Birmingham about the future of the Birmingham Jewish community.” A common theme in the meetings was a need to “strengthen and create a more vibrant community through collaboration, through more interconnectedness and reduction of infrastructure.”

That would enable the community to “use our resources better” and put more toward “what we actually do, our programming.”

With so much transition currently in the community, Hess said this is “a significant opportunity to go back” to that effort and try new models of working together for the benefit of the community as a whole.

Birmingham’s three congregations are all in transition. Temple Emanu-El Rabbi Jonathan Miller is retiring after 27 years and will have an interim rabbi next year, Temple Beth-El will be in the second year of an interim rabbi next year, and Knesseth Israel is welcoming a new rabbi this summer amidst uncertainty over how long it will be able to remain in its current building.

Lynch’s resignation was announced on Nov. 18, as she will become executive director of the Lawrence Family JCC in La Jolla, Calif. As a driving force in bringing the Jewish Community Center Association Maccabi Games to Birmingham, she is remaining in Birmingham through the games, which will run from July 30 to Aug. 4.

After her resignation was announced, the LJCC embarked on a search for her successor.

In January, the Montclair Road campus received the first of four bomb threats, two to the LJCC and two to the N.E. Miles Jewish Day School over a two-month period.

A meeting was held to discuss security among all of the local Jewish institutions and congregations, which Hess said “brought every group to the table for the first time in quite some time,” and the current security enhancement fundraising campaign has raised over $500,000 toward identified needs of $750,000.

Sher said that was “the first time I remember as an adult” that all of the synagogues and agencies got together.

After the meeting, Hess said, there was a realization that “we’re at this unique time” to try different things, but if the LJCC hired a new executive director, that opportunity would pass. The proposal to unify the LJCC and Federation under one CEO was floated and the LJCC suspended its search.

Held said there will undoubtedly be questions on how one person can fill two full-time jobs, and said they are “all good questions and concerns.” He said staffers of both institutions “will step up to the plate and help develop a strategy that works going forward.”

Held said concerns are “outweighed by the immediacy of the opportunity we have here” and by having someone like Friedman, who has 34 years of Jewish professional experience in Birmingham, “with a great passion for this Jewish community and its future.”

“Both presidents, both boards saw this as a chance to create a model for change that can take place within our community, positive change that recognizes our strengths and weaknesses, and takes advantage of our strengths,” he said. “This has been well thought through on many levels, going back to when Betzy resigned.”

Weil said the LJCC staff is enthusiastically behind the proposal. “The whole can be better than the parts, and that’s our goal here.”

Friedman said they will look for ways “to use staff more horizontally, create new partnerships and other efficiencies.”

Weil said Lynch’s main focus since arriving in Birmingham has been to “infuse Jewish programming and life into the JCC.” She and Friedman developed a “close working relationship” and shared common goals. “They both championed each other’s efforts, which absolutely helped me to see that Richard makes perfect sense for our LJCC moving forward as joint CEO upon Betzy’s departure in August.”

The agency leaders consider this as an opportunity to see “the positive things that come out of this” and down the road consider new models of organizational structure and cooperation. “We’re not rushing into anything right now,” Held said, but there is “a ton of excitement within our two organizations” about the possibilities that may emerge from this.

Hess said there is nothing to lose but a lot to potentially gain. “If it doesn’t work, we can always go back to what we currently have.”

“The goal is to show how collaboration can work within organizations successfully,” Weil said. “We want to be the model for others.”

Engel, Sher and Hess will continue to keep the conversation going among the agencies and institutions to see where further cooperation can take place. “I would not have dreamed the Federation and JCC would be the first,” Sher said, “but that’s how it happened.”

Friedman said he has been “blessed” to work for the community for the last 34 years. “I’m very excited and it’s time to move forward.”