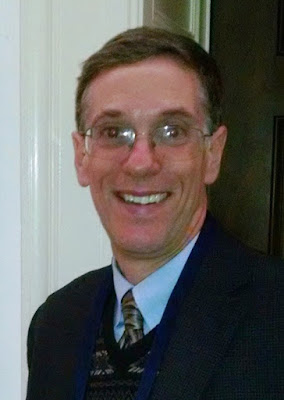 Rabbi Douglas Kohn will be the interim rabbi for the coming year at Birmingham’s Temple Emanu-El.

Rabbi Jonathan Miller, who has led the state’s largest Jewish congregation since 1991, is retiring this summer.

Emanu-El President Ben Weil said having an interim rabbi next year “who will assist our congregation through a transition to our next long-term Senior Rabbi follows the advice of our Union for Reform Judaism.”

Emanu-El, which has over 600 families, has a history of long rabbinic tenures. Besides Miller, Rabbi Mayer Newfield served from 1895 to 1940, and Rabbi Milton Grafman led the congregation from 1941 to 1975. Weil said they expect their next rabbi “will be no different.”

He said Kohn will assist the congregation with “assessing our future through introspection and dialogue“ over the coming year.

Ordained at Hebrew Union College-Jewish Institute of Religion in Cincinnati in 1987, Kohn has been senior rabbi at congregations in the Chicago area and San Bernadino, Calif. At the California congregation, he led them through a relocation from their historic site, through a capital campaign and construction program.

Just before taking the interim position in Massachusetts, he was interim rabbi for two years at a newly-merged congregation in Nyack, N.Y. He also was an Association of Reform Zionists of America delegate to the World Zionist Congress in 2006.

A cancer survivor, he has written and edited two books on Judaism, illness and health. “Life, Faith, and Cancer: Jewish Journeys through Diagnosis, Treatment, and Recovery” includes the narratives and teachings of Kohn and 18 other Jewish religious leaders who also have, or have had, cancer.

In 2012, “Broken Fragments: Jewish Experiences of Alzheimer’s Disease Through Diagnosis, Adaptation and Moving On” was published, and was nominated for the National Jewish Book Award.

Weil said Emanu-El’s future “is strong and we are following a viable plan to ensure our congregational family will continue to thrive and grow.”