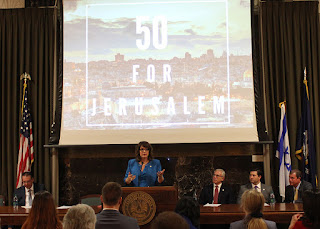 Rep. Valarie Hodges speaks at a Jerusalem 50th anniversary event at the State Capitol in Baton Rouge. Below, Alabama Governor Kay Ivey signs a proclamation in Montgomery, and at the bottom, Mississippi Governor Phil Bryant speaks on the international simulcast.

In recognition of the 50th anniversary of the reunification of Jerusalem during the Six Day War, a national program of solidarity was held on June 7 involving state governments across the United States.

As part of the festivities, “50 Years, 50 States, 2 Capitals” was streamed from the U.S. Congress and the Knesset, with events organized in every state. In Louisiana, several lawmakers gathered at the State Capitol in Baton Rouge for a ceremony and viewing of the simulcast.

Just before the ceremony, a resolution of solidarity with Israel and marking the anniversary of Jerusalem was read by Rep. Valarie Hodges on the House floor and Senator Rick Ward III in the Senate.

The simulcast included video remarks from five U.S. governors, including Asa Hutchinson of Arkansas, Phil Bryant of Mississippi and Rick Scott of Florida.

A ceremony was also held in Montgomery as Governor Kay Ivey signed a proclamation, surrounded by representatives of the Christian and Jewish communities.

The simulcast featured remarks by Israeli Ambassador Ron Dermer and U.S. Speaker of the House Paul Ryan in Washington, and Prime Minister Benjamin Netanyahu and Speaker of the Knesset Yuli Edelstein in Jerusalem.

In Baton Rouge, the event was coordinated with the Israeli Consulate in Houston. Political Affairs Officer Nadine Boakye was present for the ceremony.
Ward said reading the resolution on the floor of the Senate was “one of the most humbling things I’ve done.”

The Louisiana resolution was “to commend the state of Israel, commemorate the 50th anniversary of the reunification of the city of Jerusalem, and designate June 7, 2017 as Jerusalem Day” in Louisiana.

Both versions referred to Gen. 12:3, the divine promise to bless those who bless Israel and curse those who curse Israel.

The House resolution noted that “the Christian religion owes its beginnings to the Jewish religion, because the founder of Christianity is the prominent Jewish Rabbi Jesus Christ.”

At the commemoration following the readings, Rabbi Jordan Goldson of B’nai Israel in Baton Rouge called the reunification of Jerusalem “one of the most momentous events in Jewish history,” and said that there is no other place on the planet where a people has a “longer, stronger and deeper connection to the land” than the Jewish connection to Jerusalem and Israel.

He reacted to the Washington Post’s coverage of the anniversary under the headline of “Occupied: Year 50” with Netanyahu’s quote, “50 years ago we didn’t occupy Jerusalem. We liberated it.”

Commissioner Jay Dardenne, one of only four Jewish Senators in Louisiana history, noted how the anniversary of Jerusalem’s reunification was the day after D-Day, which was June 6. That day, Americans began to “put an end to the greatest nightmare in world history.”

He said the proximity “of those two days should not be lost on us.”

Hodges spoke of how the roots of Christianity are in Israel and the Jewish people, and also emphasized how Israel is at the forefront of equality for women.

She added that “I would like to see Louisiana do a lot more trade with Israel… and we need to work on this.”

Rev. Gene Mills from the Louisiana Family Forum said the Christian community prays for the peace of Jerusalem, and said he believes the current administration will affirm Jerusalem as Israel’s capital “in the near future.” 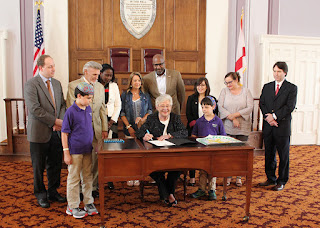 Ivey was presented with a thank-you poster of Jerusalem’s city seal, signed by students at the N.E. Miles Jewish Day School in Birmingham. 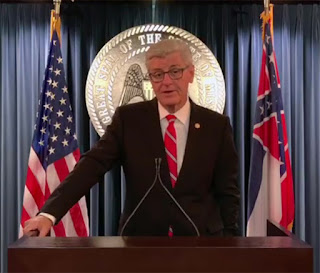 Bryant noted that he has been to Israel three times, having led trade missions from Mississippi each of the last three years.

He saw “the care and concern of the people of Jerusalem, and how they reach out to all who visit.”

Bryant concluded, “Let’s make sure it is another 50 years, another 100, another 1000 years that Jerusalem stands as a beacon of hope to all the world.”