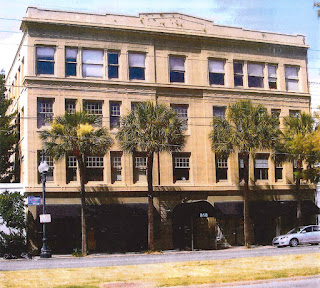 An area of New Orleans with several major museums will be the new home for the Museum of the Southern Jewish Experience.

During a presentation at Temple Sinai in New Orleans on July 28, the location of 818 Howard Street was announced, along with a projected timeline of 2019 for the museum to open.

The location, currently a four-story office building, is one block from Lee Circle and half a block from the streetcar line. The National World War II Museum, Ogden Museum, Contemporary Arts Center and Civil War Museum are about three blocks away, and it is near the Southern Food and Beverage Museum and the Dryades Street Corridor that was an integral part of New Orleans Jewish history.

A website for the museum went live with a survey and a place to submit an email address for updates. The survey is being done “as we plan the museum’s new mission, exhibits, and programs” and input is requested from everyone, “whether you are Jewish or not, or a Southerner or not.”

The museum closed its location on the campus of the Henry S. Jacobs Camp in Utica six years ago as the camp sought to expand its programs into the museum space. The museum originally came about as the camp became a repository for Judaica from congregations that were downsizing or closing in the region.

In 2000, the museum gave birth to a larger organization, the Goldring/Woldenberg Institute of Southern Jewish Life, providing a range of rabbinic and educational services to small communities throughout the South. Jacobs Camp Director Macy Hart soon left the camp to lead the new organization in Jackson, and the museum became part of the Institute.

The July 28 presentation was also an introduction of the museum’s new director, Kenneth Hoffman, a Baton Rouge native who has been at the National World War II Museum since it opened in 2000.